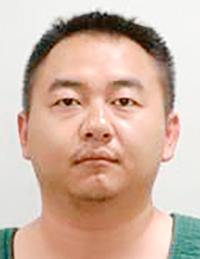 Eric Xiong, 30, of St. Paul was charged with felony fleeing a peace officer in a motor vehicle and gross misdemeanor third-degree DWI-under the influence of alcohol.

According to Mower County Sheriff Steve Sandvik, Mower County deputies conducted a welfare check at 11:14 p.m. Monday on a 2001 Honda Civic Coupe parked on the side of Hwy. 63 north of Racine. The driver, Xiong, was awake, yet unresponsive. Deputies tried to speak to him, but he made odd statements that made no sense. Deputies also noticed a strong odor of alcohol.

Deputies opened the door and attempted to get Xiong to step out of the vehicle to perform field sobriety tests, but Xiong refused, started the car and fled the scene north on Hwy. 63, Sandvik said. The open door struck one of the deputies, but did not result in injuries. Deputies then pursued Xiong on Hwy. 63 at speeds ranging from 50 to 70 miles per hour.

Xiong refused to exit the vehicle and a Mower County deputy subdued him with a Taser during the arrest.

Deputies collected a urine sample from Xiong at the Mower County Jail.

A review of Xiong’s criminal record shows a prior conviction for DWI.

Xiong will appear in court again on Aug. 5.