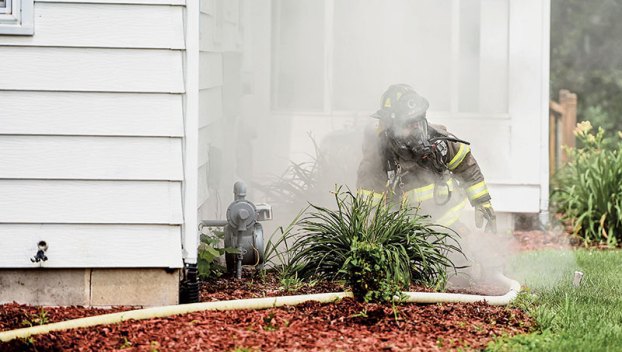 An Austin firefighter works at a basement window at 2104 16th Avenue SW during a house fire call Thursday morning. Photos by Eric Johnson/photodesk@austindailyherald.com.

No injuries were reported after a Thursday afternoon fire started in a basement at a southwest residence.

According to Austin Fire Commander Tom Schulte, Austin firefighters responded to a call at 12:43 p.m. on Thursday of a fire at 2104 16th Ave. SW. Three juveniles smelled smoke and discovered the fire in the basement. They then evacuated the house and called 911. 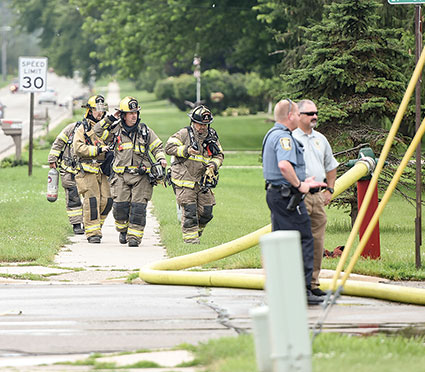 Austin firefigthers respond to the scene of a house fire in southwest Austin Thursday afternoon.

The Austin Police Department also responded to the scene.

One firefighter was treated at the hospital for heat exhaustion and released, Schulte said.

The house is not a total loss, but Schulte estimated the damage at about $70,000.

The cause of the fire is still under investigation; however, Schulte said it does not appear foul play was involved. 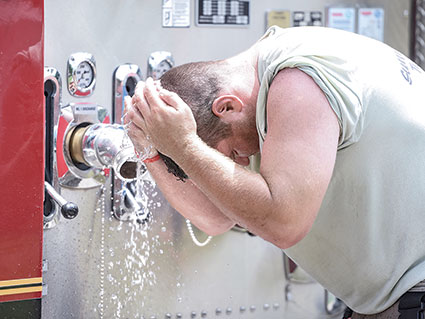 Editor’s Note: Due to school policy, the identities of the New Dominion School students have been withheld. When New Dominion... read more