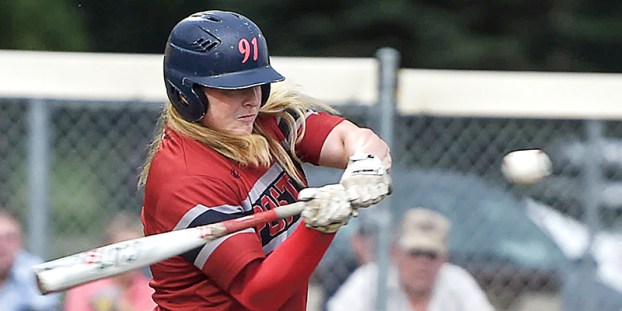 Austin (13-3 overall) took a 5-0 lead off a Dawson Mills two-run double that came after six walks and a hit batter by Century pitchers in the bottom of the third inning when Mueller stepped up the plate with a lot of confidence.

“I kind of just had the feeling that it was going to happen,” Mueller said of his grand slam. “I knew I’d probably get a head of the count and I had free range to swing. He gave me a middle-in change up and I got the head of the bat on it.” 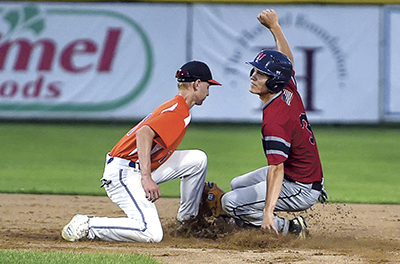 Austin Post 91’s Zach Bollingberg slides into second base on a hit-and-run against the Rocherster Century Thursday night at Marcusen Park. Eric Johnson/photodeks@austindailyherald.com

Mueller went two-for-two with five RBIs and two walks on a night where Century pitchers walked a total of 15 batters. He said the conditions reminded him of Austin’s Section 1AAA Title win over Albert Lea when the game was postponed.

“It was kind of distracting sometimes, but I thought it was a cool environment,” Mueller said. “We got rained out in the section title game, but tonight the rain never really came.”

Austin pitcher Teyghan Hovland escaped a jam in the top of the third innings when he forced a line out and picked up a striker out after Century had runners on second and third with just one out.

Austin will close out its season against Rochester John Marshall in Austin at 1 p.m. Saturday and Post 91 will open postseason play on Monday.

Johnson aces a hole in one at Meadow Greens