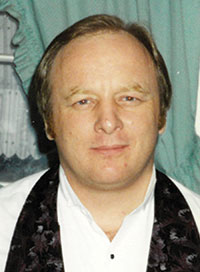 Randy was born Jan. 7, 1958, to Donald and Delores (Klingfus) McAlister in Austin. He graduated from Austin High School in 1976 and received a degree in mechanics from the Austin Vo-Tech. He worked many years as a welder both for McNeilus in Dodge Center, Minnesota, and Tandem in Blooming Prairie, Minnesota, before retiring due to poor health. Randy married Kim Kominek on Feb. 2, 1980, in Austin. Kim passed away in June of 1993. Randy then married Shelly Clark on April 1, 1995, at Crane Community Chapel in Austin. The couple had two children and later divorced. He loved cars; he grew up helping his dad fix stock cars, which sparked his love for mechanics and driving in demo derbies. He enjoyed filling his free time fishing, spending time with family and he loved to bowl. He was a member of Crane Community Chapel and bowling leagues. Randy will be dearly missed by all who knew and loved him.

Memorial services will be held at 1 p.m. on Thursday, July 18, 2019, at Crane Community Chapel in Austin with Pastor Dale Christianson officiating. Visitation will be held for one hour prior to the service on Thursday at the church. Interment will be in Oakwood Cemetery in Austin. Memorials are preferred to the family. Services are prearranged and performed with Worlein Funeral Home of Austin. Condolences may be expressed to the family online at www.worlein.com.