Probationer charged with breaking into residence 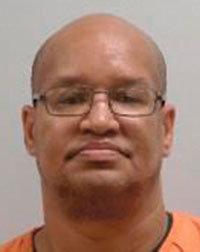 According to the court complaint, a woman called 911 at 3:43 a.m. on June 23 to report that Moody had just broken into a home in the 1000 block of Third Avenue Northwest. She said Moody had just left the area in a silver van and had driven north on 10th Street Northwest. An officer responded to the scene while other officers searched the area for Moody.

The woman who called told police she had been sitting in the living room with another woman when Moody smashed the window air conditioning unit and entered the living room.

She remained in the living room while the other woman, whose children were in the house, ran away. She informed police that Moody had been evicted from the residence about one week earlier.

The officer spoke to the other woman, who said she was watching a movie when Moody pulled up in front of the house. He sent her a text message saying he had left money in her house and began knocking on the door. She told police that when she did not answer, Moody smashed the window air conditioning unit and climbed through the window. She indicated that Moody never lived permanently at the house, having last stayed there three weeks earlier. She also reported that he had previously assaulted her.

A review of Moody’s criminal history shows prior convictions for disorderly conduct, theft and domestic assault. He is currently on probation for convictions of stalking and possession of ammunition/any firearm by a disqualified individual.

Moody will appear in court again on July 11.