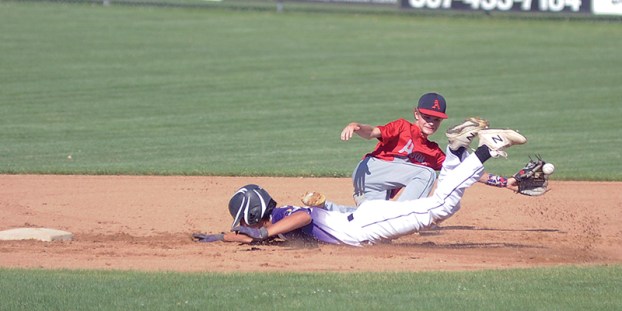 Austin’s Ian Bundy reaches back to haul in a throw against Rochester Lourdes in Marucsen Park Wednesday. Rocky Hulne/sports@austindailyherald.com

Jed Nelson found his control on the mound at the right time for the Austin Post 1216 VFW baseball team in a 5-1 win over Rochester Lourdes in Marcusen Park Wednesday. 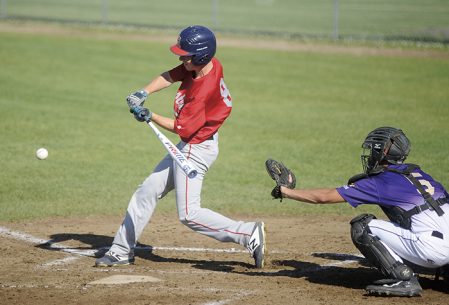 “I went up there and attacked,” Nelson said. “I tried to get a first pitch strike against every batter. I thought I did that pretty well.”

Post 1216 grabbed a 1-0 lead when Zach Bollingberg hit a sacrifice fly in the third inning and Austin put the game away when Cole Walter slapped a two-run, two-out double to make it a 5-0 game in the fourth.

Cody Thompson boosted Austin’s attack from the No. 9 spot in the order as he went two-for-three with an RBI and two runs.

“I’ve been struggling at the plate, but I just brought confidence to the plate,” Thompson said. “I had some success today.”

Post 1216 is ready to put together a postseason run as it has momentum on its side. 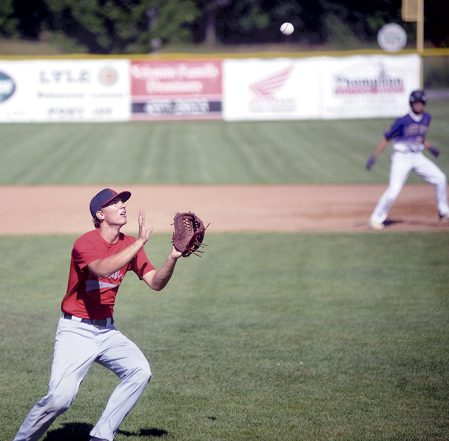 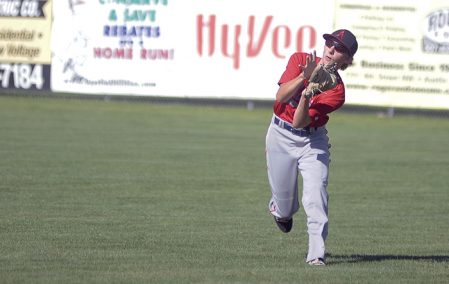 Hy-Vee and Variety – the Children’s Charity fundraisers to give bikes to children in need; Proceeds will be donated from…

Hy-Vee, Inc., in partnership with Variety – the Children’s Charity, a national charitable organization that improves the lives of children... read more