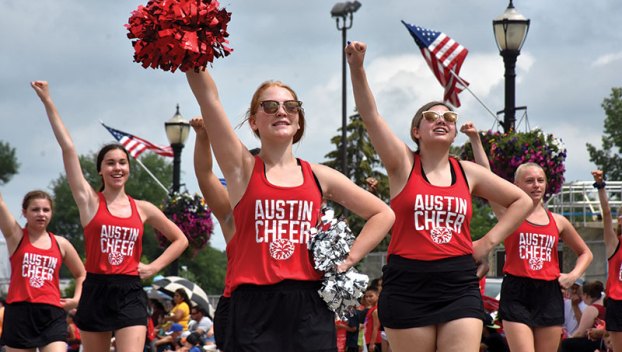 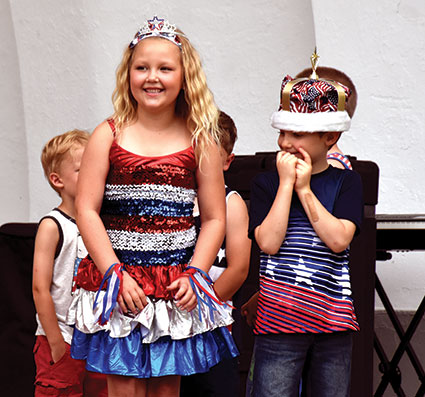 Madalyn Wytaske, 7, of Grand Meadow and Finley Mayers, 5, of Austin, were crowned the 2019 Little Miss Sparkler and Little Mr. Firecracker during Freedom Fest at Bandshell Park on July 3. 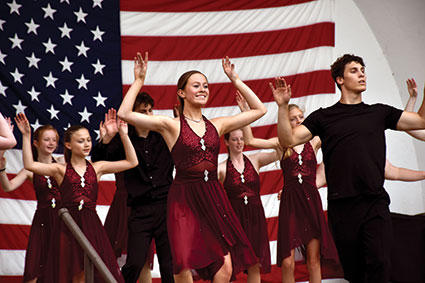 Students from the Jane Taylor Academy of Dance perform a routine during Freedom Fest at Bandshell Park on July 3. 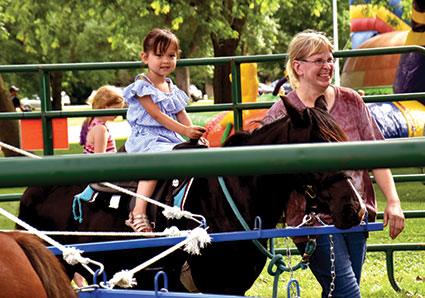 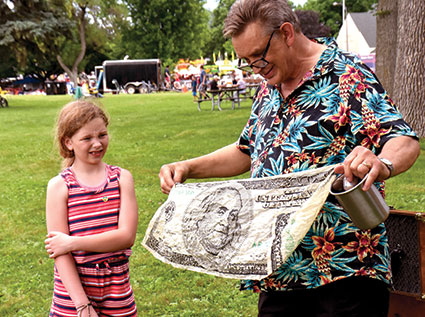 Harper Tracy, 10, of Austin, reacts to a magic trick performed by magician Jim Jayes of Austin. 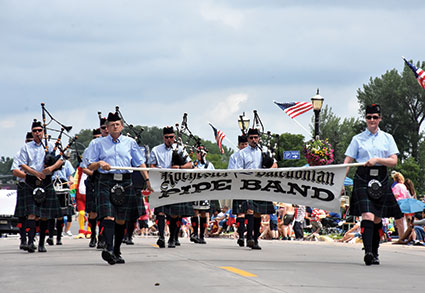 The Rochester-Draconian Pipe Band blast a few songs through their bagpipes while marching in the Freedom Fest Parade on July 4 in downtown Austin.

Democratic presidential hopeful Beto O’Rourke introduces his wife, Amy, and children to the crowd of about 50 gathered at the... read more