Michael Earl Harber, 69, of Austin, Minnesota, passed away unexpectedly on Saturday, July 6, 2019, at his home. 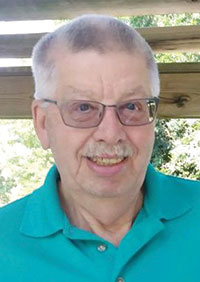 Michael was born on May 31, 1950, in Austin, the son of Robert and Doris (Mellem) Harber. He graduated from Blooming Prairie High School in 1968. On April 7, 1979, Michael was united in marriage to Deloris Nelson. Michael farmed for many years and worked at Tandem Products in Blooming Prairie the last 10 years before retiring. A member of St. John’s Lutheran Church in Austin and US RV MAPS, his faith was very important to him. After retirement, the couple spent winter months in Texas enjoying time with MAPS friends and with family. The time Michael enjoyed most was spending time with his grandchildren. He will be dearly missed by all who knew and loved him.

Survivors include his loving wife, Deloris Harber of Austin; three daughters, Tammy (Dan) Arens of Faribault, Minnesota, Heidi (John) Ferguson of Shiner, Texas, and Sara (Garry) Janssen of Lewisburg, Tennessee; two sons, Jason (Erin) Harber of Chicago, Illinois, and Trevor Harber; ten grandchildren and one on the way; a great-grandchild on the way; two sisters, Jeanne Lewis of Dothan, Alabama, and Denise (Mike) Fogarty of Rochester, Minnesota; two brothers, Dan (Elizabeth) Harber of Waseca, Minnesota, and Tom (Tammy) Harber of Blooming Prairie, Minnesota; and many nieces, nephews, other relatives and friends. Michael was preceded in death by his parents, Robert and Doris Harber; and a sister, Nancy.

Memorial services will be held at 11 a.m. on Friday July 12, 2019, at St. John’s Lutheran Church in Austin. Visitation will be held from 4–7 p.m. on Thursday, July 11, 2019, at Worlein Funeral Home in Austin and one hour before the service on Friday at the church. In lieu of flowers, memorials are preferred to the family. Services are performed with Worlein Funeral Home of Austin. Condolences may be expressed to the family online at www.worlein.com.

Steven Russell Wohlfeil, 69, of Austin, Minnesota, passed away after a 10-month battle with cancer on Wednesday, July 3, 2019,... read more