Man arrested after being locked in shed; Had outstanding warrant for drug charge

A homeless Austin man found locked in a shed at a residence was taken into custody Tuesday morning. 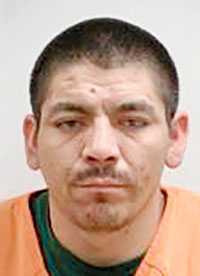 According to Austin Police Chief David McKichan, police were called at about 10 a.m. on Tuesday to a residence in the 800 block of Ninth Street Northeast on a report that someone was locked in a storage shed on the property. The residents reported they had locked the shed not knowing anyone was inside. The man inside could not get out and the residents called police when they heard him.

Police breached the lock and arrested Raphael Rodriguez Carrazco, 32, who had a warrant for his arrest on a fifth-degree drug possession charge, McKichan said. He was also cited for damaging property in the shed while trying to escape.