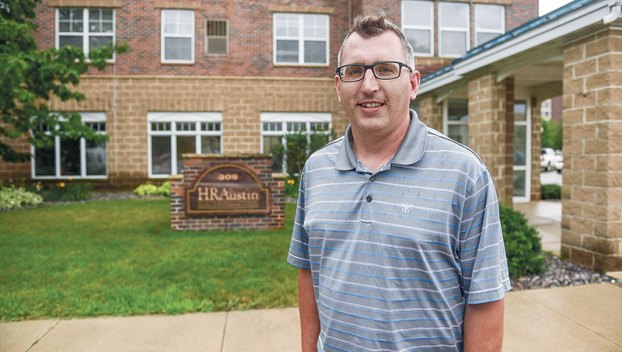 Taggert Medgaarden is the new executive director of the Housing and Redevelopment Authority, taking over for Jon Erichson, who recently retired. Eric Johnson/photodesk@austindailyherald.com

Making Austin a better place: Taggert Medgaarden takes over as head of HRA

The Austin Housing and Redevelopment Authority (HRA) has a new, yet familiar face in charge.

Austin native Taggert Medgaarden took over the executive directorship of the HRA on June 17. He is replacing outgoing director Jon Erichson, who recently retired.

“I care deeply about Austin and I want to do whatever I can to help make Austin a better place,” Medgaarden said. “My wife, Tanya, and I have three boys and we love to be able to call Austin home.”

Medgaarden is no stranger to the Austin community, having served as management services director for Cedar Valley Services in Austin for 18 years prior to taking his new position. During that time he was involved with the Board of the Chamber of Commerce and Leadership Austin.

It was this community presence, combined with having owned rental property, that made him an ideal fit for the HRA.

“I think the HRA has always had a great presence in the community,” Medgaarden said. “It’s been able to provide things that the private market hasn’t with some of the market rate housing and affordable housing.” 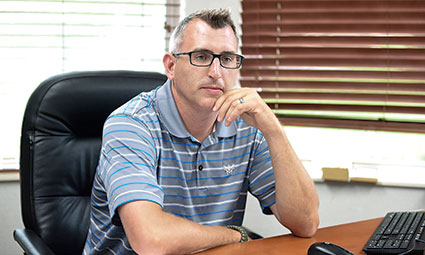 Taggert Medgaarden brings to the job of Housing and Redevelopment Authority director a will to make Austin a better place. Eric Johnson/photodesk@austindailyherald.com

The HRA currently oversees the Twin Towers, Pickett Place, Courtyard and Chauncey as well as 56 scattered site family housing units in Austin. It is also responsible for the Section 8 Housing Choice Voucher Program and assists Habitat for Humanity with the Community Home Improvement Project (CHIP).

“It’s like trying to drink water out of a fire hose; there is so much going on,” Medgaarden said. “The Austin HRA seems to be involved in so many things. Jon (Erichson) did a tremendous job of having a lot of projects and a lot of things going in the community. The challenges are keeping up with everything that is going on.”

Another challenge for the HRA is how to address the housing shortage in Austin. Medgaarden cited the Stencil Group’s Flats on 21 complex being built at 1310 21st Ave. NW as an example of the HRA’s commitment to help with the shortage.

“We helped sponsor that,” he said. “(Stencil Group is) offering 10 percent of their units at affordable rates. We have to make sure they are offering those affordable units.”

“We have a lot of good things going on in the community,” he added.

Despite the challenges, Medgaarden says the transition has been fairly smooth.

“(Erichson has) been really good helping me grow into this,” he said. “I’ve learned a lot in these last few weeks. We really have a great staff here and I am looking forward to the future of the HRA because of them.”

2-vehicle accident sends one to hospital

An Austin woman was taken to the hospital with non-life threatening injuries after a vehicle accident Tuesday afternoon. According to... read more