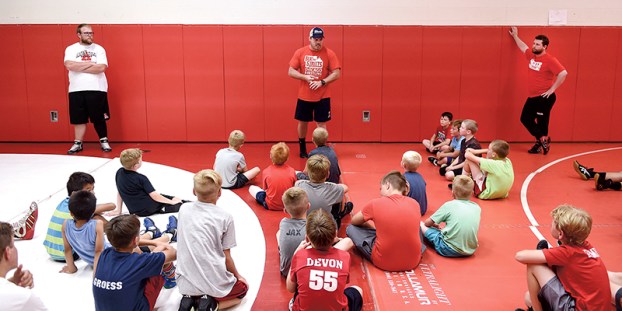 If you’re going to learn how to wrestle, you may as well learn from the best.

A group of over 30 local wrestlers ranging from first to 12th grade were able to get some lessons from a three-time NCAA Division I All-American, at a wrestling camp in Austin High School Friday night.

The camp will conclude with a second session at 10 a.m. Saturday.

Jordan Blanton, who wrestled at Illinois from 2010-2013, was on hand to share some of the knowledge he picked up while going 115-43 in his college career. Blanton grew up with Austin assistant coach Jacy Bodie and the two former wrestling teammates remain close friends. Bodie arranged to have Blanton stop by Austin for the free camp.

“It’s a really cool opportunity,” Blanton said. “I was really fortunate growing up in being able to learn from good wrestlers and I think that had a huge impact on the success that I had. Now that I’ve kind of finished my wrestling career, I have the opportunity to give back and train the future generations of wrestling.” 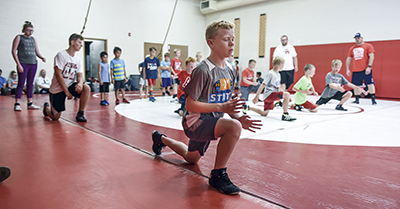 Austin varsity wrestler Tommy Fritz said that having Blanton in town serves as an inspiration to the next generation of Packers and it also gives a boost to the current Austin varsity program.

“It’s a good way to help the younger kids who look up to us. They see us out here working in the summer and that reflects on them too,” Fritz said. “You see (Blanton) talking about how he made it from a little town and he went on to wrestle the best in the country. Him teaching us all of these moves is really special.”

Austin varsity wrestler Angel Leumus-Aguilar said that the camp served as a great experience for all of the wrestlers in Austin.

“It’s a pretty big deal. It makes kids see that we’re trying to make them better and we’re encouraging the program to do better,” he said.

Blanton lives in Chicago, where he coaches inner city and underprivileged kids. Having grown up in a rural community, Blanton learned early on that hard work and dedication in workouts will get you far in wrestling.

The sport has also helped him in life.

“In Illinois we say ‘wrestling is life’ and It doesn’t mean wrestling is the only thing in life, but wrestling kind of mimics all of these different scenarios that you come across in life,” Blanton said. “You’ve got to be tough, you’ve got to overcome adversity, you have to be able persevere, you have to keep your nerves in check and be able to stay disciplined and focused.”

“It’s definitely encouraging,” Nelson said. “I wanted to open it up and bring knowledge and opportunities to Austin for our guys and our youth to maybe put Austin on the map again as a good wrestling town.” 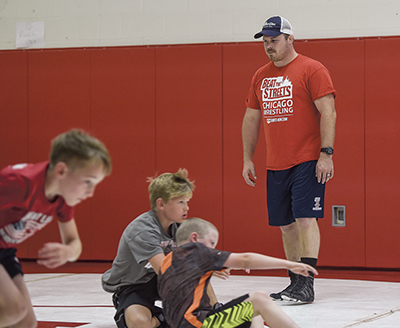 Jordan Blanton, a three-time All American at the University of Illinois, watches campers run through warm-ups on the first day of the Austin Packer Wrestling Camp Friday night. Eric Johnson/photodesk@austindailyherald.com