John Francis Goergen, 69, of Austin, Minnesota, passed away unexpectedly on Wednesday, July 3, 2019, at his home. 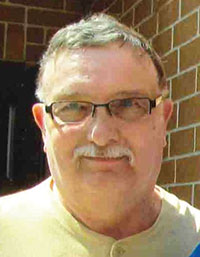 John was born Dec. 1, 1949, in Mason City, Iowa, to Bernard “Bennie” and Beatrice “Beattie” (Mullenbach) Goergen. He grew up in Johnsburg, Minnesota, and graduated from Adams High School in Adams, Minnesota.

John married Pat Frein in 1974 and they were later divorced. They had two children together. He began working for Coca-Cola in June of 1971 and retired after more than 40 years with the company.

He retired as a sergeant from the Army National Guard in 1990. John was a member of the American Legion, VFW, Austin Moose Lodge and National Wild Turkey Federation. He enjoyed collecting Coca-Cola and wildlife memorabilia. He also enjoyed going to sporting events, especially the ones his grandchildren were participating in.

He was preceded in death by his parents; two infant sisters, Mary and Doris; one brother and sister-in-law, Dick and Charlotte Goergen; and a nephew, Keith Goergen.

A funeral Mass will be celebrated at 11 a.m. on Wednesday, July 10, 2019, at Sacred Heart Catholic Church in Adams with Father Swaminatha Pothireddy officiating. Friends may call from 5-7 p.m. on Tuesday, July 9, 2019, at Mayer Funeral Home and also one hour before the service on Wednesday at the church. Interment will be in Sacred Heart Cemetery with military rites by American Legion Post 91.