Jesse was born on Feb. 17, 1995, in Las Cruces, New Mexico, to Darren and Suzi Frohwein. He relocated with his family to Austin in 1997. He attended Austin Public Schools and earned his GED in 2018, of which he was so proud! He had a brilliant mind. 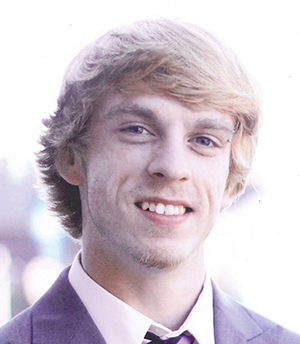 His employment was in food service at many locations in Austin, his most recent was cooking at Piggy Blues BBQ. Jesse enjoyed cooking and was good at it. No one ever refused a meal he prepared!

Jesse’s passion was music! He wrote, mixed and performed at many locations, and had the opportunity to open a show for Bones Thug & Harmony as well as Rittz! Jesse met and had many followers because of his talent and ability to rap. It has touched all who enjoyed it and his creations will live on forever!

Jesse played basketball in grade school, but soon after found a love for skateboarding! He won a few competitions in Minneapolis, and it was his preferred “transportation” around town. Jesse was a whiz on computers and programs.

Jesse became a father in July 2018. James was his pride and joy and he was a great father to him! His heart was full being a parent!

He was preceded in death by his grandfathers, Gerald Frohwein and Robert Beaver; grandmother, DeLoris Wuerflein; and uncles, Douglas Frohwein and Milford Wuerflein.

A memorial service will be held at 1 p.m. on Tuesday, July 16, 2019, at Clasen-Jordan Mortuary with the Rev. Shari Mason officiating. Visitation will be one hour before the service on Tuesday at the funeral home.

Rozella Olsen, 81, of Midlothian, Virginia, passed away on Monday, July 8, 2019. She was born in Westfield, Wisconsin, and... read more