OWATONNA — An Inver Grove man faces murder and manslaughter charges in Steele County related to the drug-overdose death of a man whose body was discovered in a vehicle parked in an Owatonna convenience store parking lot earlier this month. 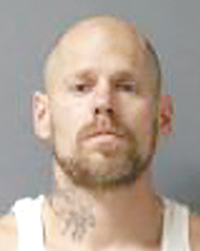 Robert James Matras, 47, was charged with third-degree murder and second-degree manslaughter for allegedly causing the death of Jesse Robert Frohwein, 24, of Austin. Matras is believed to have supplied the drugs — methamphetamine — that led to Frohwein’s death. Frohwein’s body was discovered in the parking lot of the Kwik Trip on 46th Street NW, near Cabela’s on July 10.

According to the criminal complaint, Matras got a ride to his girlfriend’s house in Apple Valley from Frohwein — described by Matras as “a kid he met in jail.” Matras told police that on the way to Apple Valley, Frohwein ingested a “parachute” of meth from “stuff he [Matras] had lying around” in his home.

According to the National Institutes of Health, “parachuting” is a “technique of drug delivery where medications or illicit drugs are ingested by wrapping the drug of choice in a covering, when then will dissolve or unravel in the gastrointestinal tract, thereby releasing the drug for absorption.” The practice also may involve “packaging of a higher than usual dose of a drug in attempts to attain a sustained-release effect as the ‘parachute’ dissolves or unravels.”

Matras used a piece of tissue paper he found on the floor to make the parachute, the complaint said, and thought “he put a good amount [of the methamphetamine] in the parachute.” 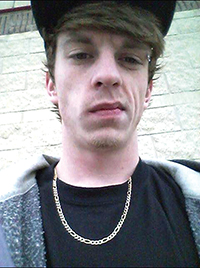 In an interview with investigators, Matras said that when they were traveling to Austin, Frohwein began “sweating really bad,” leading Matras, who was driving at the time, to stop at a rest area and get Frohwein some water. As they continued driving, Frohwein began “flipping out” and started “jerking” and “kicking the windshield,” Matras told police.

When they arrived at the Kwik Trip in Owatonna, Frohwein asked Matras not to leave him, but Matras said he was “going to bail” because he didn’t want to get in trouble for driving with a canceled license,” according to the complaint.

Matras got a ride from another person at the convenience store who he described as a “nice kid he didn’t know” and left the area. According to the complaint, “Matras said he could still hear Frohwein when he got a ride from Kwik Trip in Owatonna. Frohwein was honking the horn as they drove away.”

Only when Matras was in Austin, where he was arrested, did he say he was worried about Frohwein and suggested that someone call 911 to see if Frohwein was OK, the complaint says.

A third party, not named in the complaint, contacted 911 and “reported that she heard from a friend of a friend that there was someone in a car overdosing” at the 46th Street Kwik Trip in Owatonna.

“The passenger side front window looked like it had been kicked and shattered from inside the car,” the complaint says.

Inside the car was a man, later identified as Frohwein, lying half in the driver’s seat and half in the passenger seat of the car. An officer attempted to find a pulse but could not find one. When Mayo ambulance personnel arrived at the scene, they confirmed that the man was dead.

In Steele County District Court on Tuesday morning Judge Joseph Buetel said the seriousness of the crimes that Matras is accused of, coupled with both an increased flight risk and Matras’ own “long history of crime” and public safety issues that “the court has to take into consideration,” prompted the judge to hold Matras on $500,000 without conditions or $200,000 with conditions.

Elevating a game: Rebels are aiming to take the nine man world by storm

ADAMS — The sun was hanging low and cows were settling down for the night in a nearby field, but... read more