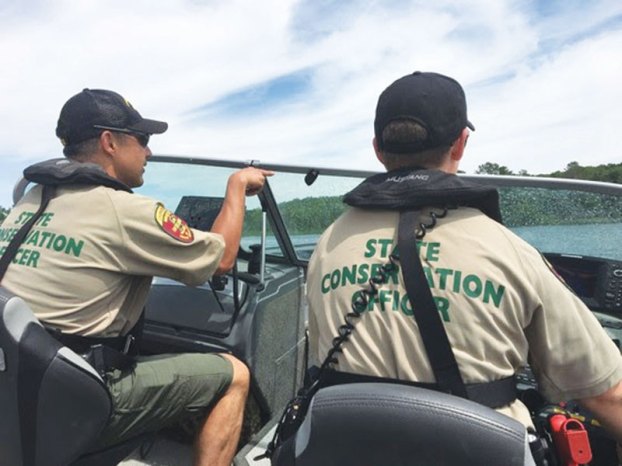 The DNR will hold an extra enforcement period to look for those operating boats while under the influence. Photo provided.

Ramped up efforts to keep Minnesota’s waterways safe from boaters under the influence of drugs and alcohol are set, with hundreds of Department of Natural Resources conservation officers and other public safety personnel planning extra patrols during the Fourth of July week.

The extra attention is part of Operation Dry Water, a nationwide campaign set for July 5-7 to highlight the dangers of boating under the influence of drugs and alcohol and call attention to the heavy penalties associated with boating while intoxicated (BWI).

In Minnesota and across the nation, BWI is the leading contributing factor in boating accidents and fatalities. In the past two years, half of the fatal boating incidents in Minnesota involved alcohol, which is higher than the five-year average. Operation Dry Water coincides with the busy Fourth of July holiday weekend, when BWI-related injuries and deaths tend to spike.

“We have zero tolerance for boaters who endanger the lives of other boaters – or their own lives – by choosing to operate while under the influence,” said Lt. Adam Block, DNR Enforcement boating law administrator. “The penalties for doing so have never been higher, but they pale in comparison to losing your life or ending someone else’s life because of a choice you made.”

Minnesota’s BWI laws are among the strongest in the country. New aspects of the law mean people convicted of drinking and driving – whether they’re driving a boat, motor vehicle or recreational vehicle – lose their privilege to operate any of them.

While failure to wear a life jacket is the reason the majority of fatal boating accidents turn deadly, being intoxicated often is what causes people to end up in the water in the first place. The legal blood alcohol limit for boaters is 0.08, but public safety officials encourage boaters to leave alcohol on shore and boat sober on “dry water.”

“If you plan to partake while you’re on the water, make sure you’ve lined up a sober ride – both on the boat and in the car on the way home,” Block said. “A little planning ahead can prevent a mountain of heartache in the future.”

Operation Dry Water activities are sponsored by the National Association of Boating Law Administrators in partnership with the U.S. Coast Guard.

The Free Press, Mankato Distributed by Tribune Content Agency, LLC. After next year’s census the majority parties in most states... read more