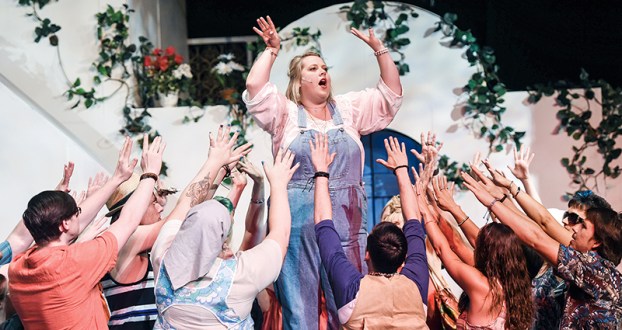 ‘Having the time of your life’ – Summerset Theatre presents ‘Mamma Mia!’

Set to the music of 1970s Swedish pop group ABBA, “Mamma Mia!” is a romantic comedy, contrasting the dreams and aspirations of a 70s and a 90s girl. In it we meet Donna, a feisty single parent who doesn’t need a man to make her life complete. Her 20-year old daughter Sophie, however, wants romance, babies and a big, white wedding. She also wants her father to give her away. 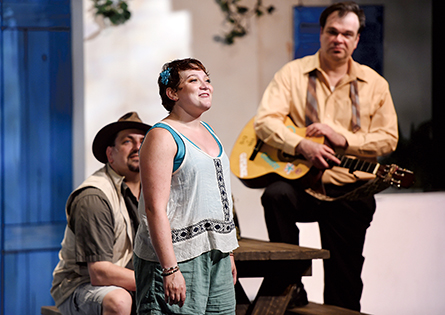 If only her mother could tell her who her father is …

“I enjoy the humor, heart and music of the show the most,” said director Carrie Braaten, who previously directed “Musical of Musicals: The Musical” during Season 51. “This show will make you laugh, cry and dance while seated.”

“Juggling the rehearsal schedule to accommodate conflicts was the biggest challenge,” Braaten said. “The cast members were continually focused, understanding and flexible throughout the process. I couldn’t ask for a better group.” 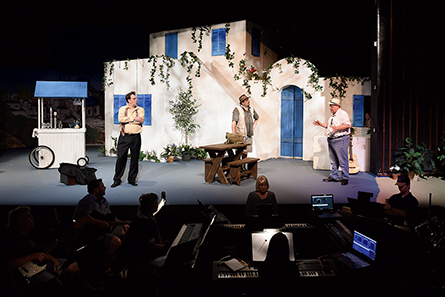 Randy Forster, from left, John Deyo and Lucas Johnson rehearse a scene from the Summerset Theatre presentation of “Mama Mia!”

Tickets are $20 for adults and $12 for children and students. Tickets can be purchased online anytime at www.summersettheatre.org, from 11 a.m. to 1 p.m. Monday through Friday at the Riverland Box Office or one hour before the show.

“This show is an absolute blast and I encourage anyone who wants to be wildly entertained to join us for the fun!” Braaten said.