Elva Valeria Buttshaw was born on April 20, 1918, in Aldrich, Minnesota, the daughter of Elmer and Dora (Draves) Buttshaw. She graduated from Staples High School in 1936. On Sept. 6, 1937, Elva was united in marriage to Harold Thorn in Wadena, Minnesota. In 1942, the couple moved to Austin and had two daughters, Patricia and Nancy. Elva enjoyed her role as homemaker, wife, and mother. A member of Grace Lutheran Church, Elva liked to bowl, golf, play bridge and sew. A snowmobiler and motorcyclist, they rode their cycles to Rapid City, South Dakota. They also 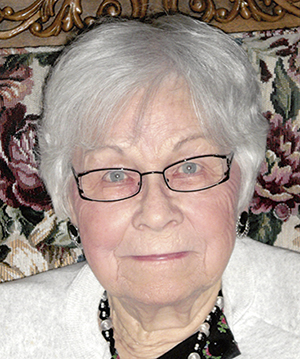 spent many years in Texas during the winter months, enjoying music with their friends and family. The time Elva enjoyed most was spending time with her grandchildren. She will be dearly missed by all who knew and loved her.

A private memorial service will be held at a later date. Services are prearranged and performed with Worlein Funeral Home of Austin. Condolences may be expressed to the family online at www.worlein.com.