Dave was born April 8, 1953, in San Diego, California, to Harold and Lois (Haverstock) Gaines. He graduated from Morris High School in 1972. Following graduation, Dave enlisted into the United States Army and proudly served his country until his honorable discharge in 1978. On Feb. 7, 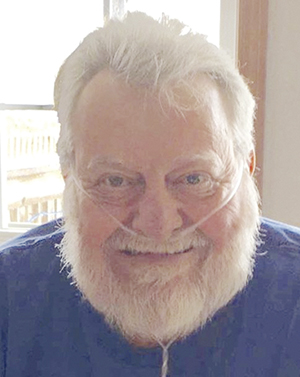 1981, he married Mary Ann Weber in Belvidere, Illinois. Dave worked in auto assembly for Chrysler as an auto mechanic and a skilled tradesman for production equipment. In 1998, he moved back to the Austin area from Illinois and started his own drywall and remodeling business. Dave loved everything about NASCAR, from watching and going to races, cheering on his favorite driver, Dale Earnhardt, to collecting NASCAR memorabilia. He also enjoyed camping and being a member of the American Legion. Dave will be missed dearly by all who knew and loved him.

Funeral services will be held at 1 p.m. on Tuesday, July 16, 2019, at Worlein Funeral Home Chapel in Austin. Visitation will be held from 11:30 a.m. to 1 p.m. prior to the service on Tuesday at the funeral home. Interment will be in Red Oak Grove Lutheran Cemetery in rural Austin. Memorials are preferred to the family. Services are prearranged and performed with Worlein Funeral Home of Austin. Condolences may be expressed to the family online at www.worlein.com.