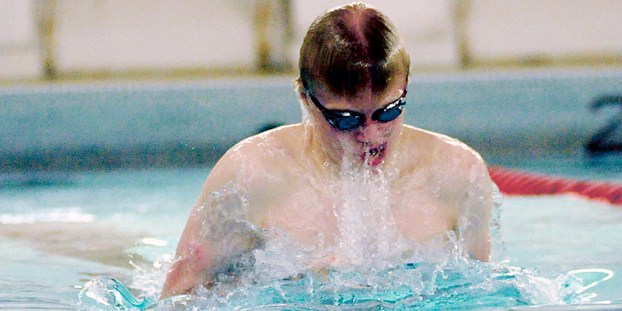 Logan Kelly swims at Bud Higgins pool in Ellis Middle Schoo Friday. Kelly was recently named an All-American for his performance in the Minnesota Class A State Swimming and Diving Meet this past winter. Rocky Hulne/sports@austindailyherald.com

Austin’s Logan Kelly knew he did well at the Minnesota Class A State Swimming and Diving Meet this past season.

He just didn’t know how well he had done, until he was recently notified that his time of 56.09 seconds in the 100-yard breaststroke, which earned him second place at the state meet, was also good enough to make him a 2019 NISCA All-American.

“I kind of forgot that I was even eligible to be an All-American, but it wasn’t too big of a surprise,” Logan said.

Before last season began, Logan had told his dad Ryan Kelly, who is the Austin head boys swimming and diving coach, that his goal was to swim the breaststroke in 56 seconds. With Logan’s previous best time being 59 seconds, Ryan was a little skeptical. 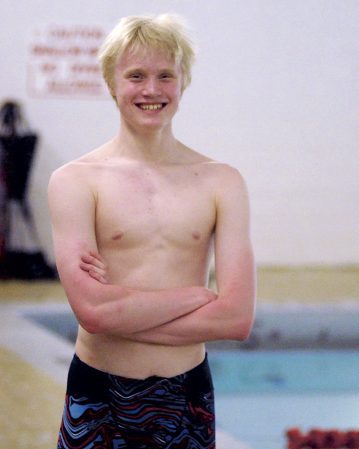 Logan Kelly of Austin recently was named a 2019 NISCA All American in the breaststroke. Rocky Hulne/sports@austindailyherald.com

Logan hasn’t slowed down this summer as he’s been active with the Atlantis Swim Club. He’s kept his focus on the breaststroke and the individual medley, where he owns the AHS school record in both strokes.

“It’s been good so far,” Logan said. “I think I’m getting a little bit faster, at least I hope so.”

Logan will compete in one of four state Regional Meets in Austin Municipal Pool on July 20.

After having two state meets under his belt, Logan, who will be a junior this fall, is feeling at home in big meets.

“I was a lot more comfortable at state this year. I knew what to expect,” Logan said. “I really had my eyes set on winning it, but I didn’t know that Andrew Karpenko (of Minnehaha Academy) was going to go with a 54. I have to know not to set expectations for people when I haven’t seen them in a year.”

Logan is the first Austin All-American swimmer since Craig Heimark won the state title in the 100-yard freestyle in 2015.

Drew Copley may have played baseball for Grand Meadow/LeRoy-Ostrander/Kingsland this past spring, but he feels right at home with Austin... read more