Austin man pleads guilty to having sex with minors

An additional charge of felony third-degree criminal sexual conduct-victim 13-15-actor more than 24 months older will be dismissed at sentencing as part of the agreement.

Court documents state a Southland School District employee contacted law enforcement on May 30, 2018, and reported that a 13-year-old girl had disclosed that she had sex with a man in Austin, later determined to be Raker, who is a registered predatory offender. 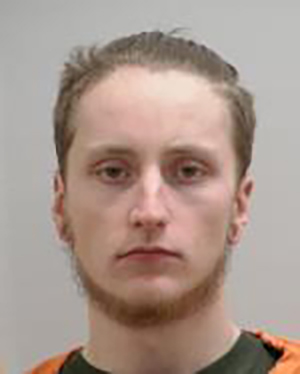 The victim said she had left school the previous Friday and went to a girlfriend’s house for a “sleep over,” but that she and her friend got into an argument, so she called another friend (a juvenile male) to pick her up. They then purchased marijuana and went to Raker’s apartment to smoke it. She said she and Raker had sex and that she spent the weekend with him. She said Raker dropped her off at school on May 29 and he was arrested later that day on another matter.

The victim also disclosed she left a “hickey” on Raker’s neck, allowing an officer to identify Raker as the suspect when he saw the “hickey” in Raker’s mugshot.

A detective then spoke to Raker at the Mower County Jail. Raker, who was 20 at the time, denied knowing the victim, claiming the “hickey” on his neck was from “a fight” at a quarry. When told he should not have sex with a 13-year-old, Raker said he did not know she was 13 because he was on drugs and alcohol. Raker then said he had sex with the victim on at least two occasions and that he only learned of her age after they had sex. He also claimed he thought she was 16-years-old.

On Oct. 31, a deputy met with the victim and one of the victim’s parents. The victim said she became friends with Raker after meeting him through “Snapchat” in May 2018. She said they revealed their ages to each other before meeting in person and that he knew which grade she was in. She disclosed that she first met him in person on May 26 and that they had sex at his residence.

Law enforcement was contacted again on Aug. 31, 2018, by the parents of another 13-year-old female who had disclosed that she had sex with a 15-year-old male from Austin Township in mid-August at a residence in the 16000 block of 520th Avenue.

The victim’s mother contacted law enforcement the following day and said she had “proof” on the victim’s cell phone that the victim had sex with Raker.

On Sept. 4, the victim told a detective that she was at a party with Raker and they were “drunk” when they had sex. She said she had known Raker for about two months and that he “usually dates younger girls,” though they did not discuss her age.

The detective reviewed the victim’s phone and found a Facebook Messenger conversation between the victim and Raker. In the conversation, Raker told the victim, “Never tell anyone about anything between us exptically (sic) the cops or human services.”

The detective later spoke to Raker, who said he was at the party and agreed that he had been drinking. He denied having sex with the victim and said he believed she was between 13 and 16 years old. He then ceased the interview.

On Feb. 15, a man notified police that a female relative had been dating Raker, who had been staying with her at a residence in the 1000 block of Second Avenue Southwest. As a predatory offender, Raker is required by law to register his current address with the Bureau of Criminal Apprehension. Police made contact with Raker and a juvenile female at the residence. Raker told police his registered address in the 19000 block of 540th Avenue was correct and denied staying overnight at the residence with the juvenile female, though he acknowledged that his vehicle was parked in the garage. The juvenile also denied that Raker was living at the residence.

Police contacted Raker’s probation officer and placed Raker on a detention hold. Police checked Raker’s call log in jail and found a call Raker made to the juvenile female. In it, he told her to tell her mother not to talk to the police, saying he could be facing a long time in prison. He also told the juvenile to hide his clothes and personal property at the residence.

A review of Raker’s criminal history shows prior convictions for drug possession and failure to register as a predatory offender. He is currently serving 15 years of probation for a violent felon in possession of firearm ammunition conviction and is awaiting disposition of charges of deprivation on parental rights-cause of contribute to child being a runaway.

Raker will be sentenced on Nov. 14.

Editorial: What we are capable of

“That’s one small step for a man, one giant leap for mankind” Those words were spoken by Apollo 11 Commander... read more