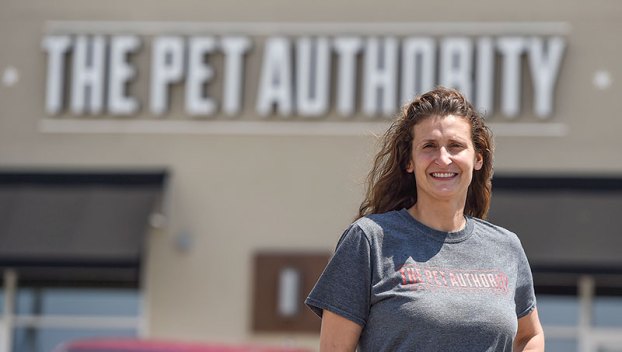 Michelle Nelson stands in front of the new location for The Pet Authority. The site, which will be opening soon, is the second site for the business. The first location is in Albert Lea. Eric Johnson/photodesk@austindailyherald.com

A new business coming into Austin will have four-legged friends barking glad.

Inside the storefront that will eventually become The Pet Authority, Michelle Nelson of Albert Lea was already hard at work getting the space prepped. Surrounding her were boxes and unassembled metal pieces that will eventually be shelving units to hold a variety of pet supplies from food to toys and other essentials for a happy, healthy pet.

The owner of The Pet Authority is not a stranger to Austin. Having family members living in town, as well as having attended Riverland Community College back when it was still known as Austin Junior College from 1994 to 1995, Nelson continued to have ties to the town and envisioned opening up another Pet Authority location.

“We’re excited to join the Austin community,” she said. “This business is locally owned and supports the community and all the awesome things going on in town. We look forward to getting to know everyone.”

Renovations have been a whirlwind, but Nelson aims to have the store open by the end of July. There will be extended store hours for The Pet Authority in Austin – Monday through Friday from 9 a.m. to 8 p.m. and Saturdays from 9 a.m. to 6 p.m.. The store is closed on Sundays. 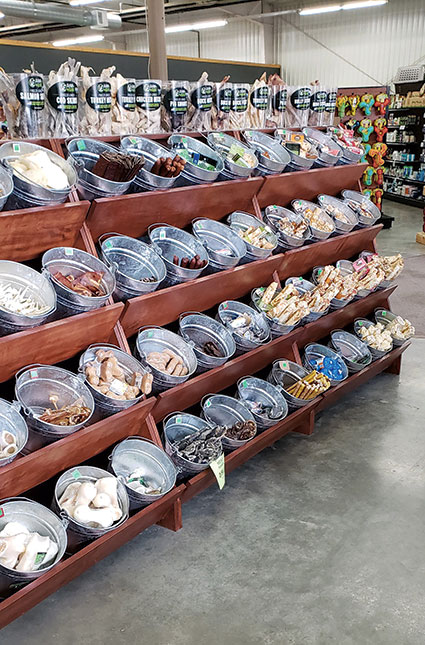 The Pet Authority offers a variety of treats and items for your pet. Photo provided

Nelson has four full-time employees planned for the store and will hire additional part-time staff as the Austin location continues to grow. Of course, pets are allowed to come for a visit.

“We love it and encourage it,” Nelson said. “We love getting puppy kisses. The fun part is seeing all the different breeds. Don’t be offended if we remember your dog’s name and not yours.”

For five years, Nelson searched for the perfect property to accommodate The Pet Authority’s expansion in Austin. Nothing was quite right, until she was driving home from a work function in Austin near the end of May and noticed an open space next to Munch Ice Cream and Snack Lab on 18th Avenue Northwest. Two days after seeing that space, she signed the lease.

“It went pretty fast,” she said. “It’s a great location. I see all the cool businesses coming into Austin, and I wanted to join in on that growth. I’ve been looking to expand and logistically manage both stores.”

The only difference between the Albert Lea and Austin stores would be that Albert Lea has the grooming and wash stations, while Austin’s store will eventually house a pet bakery sometime in late August or September. There, customers can purchase homemade dog treats and even birthday cakes for their beloved furry friend and smell the fresh biscuits coming from the oven inside the store’s kitchen.

“It’s kind of a new aspect that we’re really excited to offer in Austin,” Nelson said. She paused for a second and then chuckled. “Of course we’ll deliver some of these treats to our customers at the Albert Lea location. We don’t want to forget about them.”

When the store opens, Nelson hopes to have her two dogs act has official greeters of The Pet Authority: Reggie, a 17-year-old dachshund, and Beau, a 5-year-old husky mix.

“Maybe their titles will be official treat eaters instead,” she added. 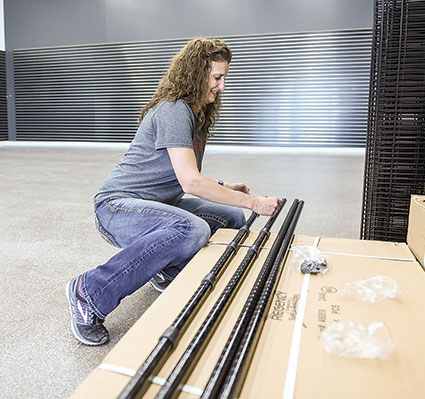 For 14 years, Nelson has owned the The Pet Authority store in Albert Lea. She always held a deep love for animals, having grown up on a hobby farm and raised cats, pigeons, rabbits and more.

Stemming from that love for animals, she wanted to educate pet owners about proper nutrition and how to incorporate certain types of food into their pets’ diets, pet obesity being one of the issues that Nelson wanted to help address and fight.

“Animals have been a huge part of my life,” she said. “I love educating people and helping pet owners solve a problem. In conjunction with vet visits and a healthy diet, you’ll have a happy, healthy pet. You cannot have good health without nutrition.”

So, Nelson became engrossed with pet health. Having a place like The Pet Authority, she wanted to have a place where pet owners can simply walk in and ask for help.

“Sometimes, we don’t know what we’re doing wrong,” she said. “With good nutrition, we need our pets to thrive instead of survive.”

Although the store is still under renovations, things were coming together slowly but surely. Nelson expressed her enthusiasm for having another local business coming into town. Her favorite part of the job is building relationships with everyone in the community.

“We celebrate new adoptions and we see pets growing from puppies and kittens,” she said. “Now I have customers who came in as kids and now they’re all older and bringing their kids back into the shop. That’s really neat. We really become a big family.”