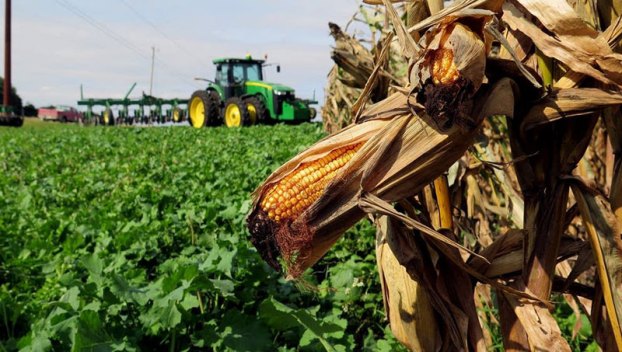 State officials say the financial and emotional challenges affecting Minnesota farmers has hit farm kids even harder. Later this month, the state Department of Agriculture will offer two free workshops that give an overview of stressors unique to growing up on a farm. Elizabeth Dunbar | MPR News 2018

“We all know that kids feel the stress that the families feel, even if it’s not being talked about,” said Monica McConkey, a licensed professional counselor.

McConkey will teach two free workshops the Minnesota Department of Agriculture is offering that provide an overview of stressors unique to growing up on a farm.

“We felt that it was really important to create a session that would help adults recognize and respond when they encounter farm kids who are exhibiting symptoms of stress,” said MDA senior adviser Meg Moynihan.

These pilot workshops focusing on youth and farm stress are a first for the department, and as far as department officials know, the first in the region.

McConkey saw how stress affected other families, including her own, growing up on her family’s farm in northwestern Minnesota during the 1980s Midwest farm crisis.

She became interested in the topic of mental health on rural communities after two men from the Red River Farm Network came to her town. They highlighted the importance of mental health after a farmer who worked with the network committed suicide. She then began her career speaking to groups in the agricultural industry about farm stress and suicide prevention.

“There exists a lot of stigma around seeking mental health help,” McConkey said. “And a lot of times you’re living in an isolated place, a very rural place. This feeling among farm families that you don’t really want people to know you’re struggling and often if the kid is struggling, it’s just the symptom — a sign that the whole family is struggling.”

Stressors include farm accidents, parental absence because of work and financial stress.

“We want to create kids that are resilient. So, it doesn’t mean you take away all of the tough times,” she added. “It doesn’t mean life isn’t going to hand them difficult things, but when you can teach kids how to problem-solve and how to change their thinking … then the hope that as they grow and they become adults that that follows through with them.”

The Agriculture Department encourages parents, teachers, community leaders, health professionals and others who interact with farm youth to attend but space is limited.

On July 9, 1850, 169 years ago today, President Zachary Taylor died after developing a form of cholera brought on... read more