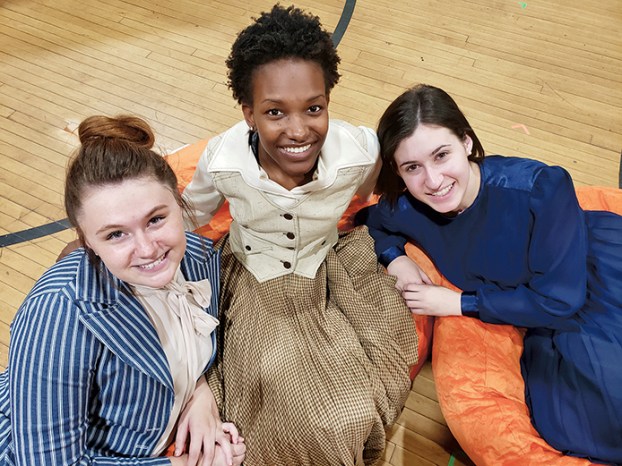 “It gives you a ‘Me Too’ kind of moment,” he said during a break from rehearsals last week. “It’s a great women’s piece.”

That’s not to mean the show won’t be enjoyed by everyone. The movie comedy, which featured Dolly Parton, Jane Fonda and Lily Tomlin, seamlessly transfers to the live musical stage, thanks to a great book adaptation by Patricia Resnick and music and lyrics by Parton, Johnson said. The show opened on Broadway in 2009.

“This is our biggest show of the season,” Johnson said. “And it is really, really funny. To see the musical incarnation will bring people a lot of joy.”

Cedar Summerstock, founded by St. Ansgar native and artistic director Nancy Lee, is a summer theater program whose troupe members are college theater majors who come to Mitchell County from across the nation to experience the often-hectic, demanding — but always rewarding — summer stock experience. Rehearsals are held at South Square in St. Ansgar, before the shows are brought to Osage for performance.

“9 to 5: The Musical” runs through July 28. Cedar Summerstock’s fourth and final show, “Joseph and the Amazing Technicolor Dreamcoat” will close the season, Aug. 1-11.

For more about Cedar Summerstock and ticket information, go to www.cedarsummerstock.org.

Hy-Vee and Variety – the Children’s Charity fundraisers to give bikes to children in need; Proceeds will be donated from…

Hy-Vee, Inc., in partnership with Variety – the Children’s Charity, a national charitable organization that improves the lives of children... read more