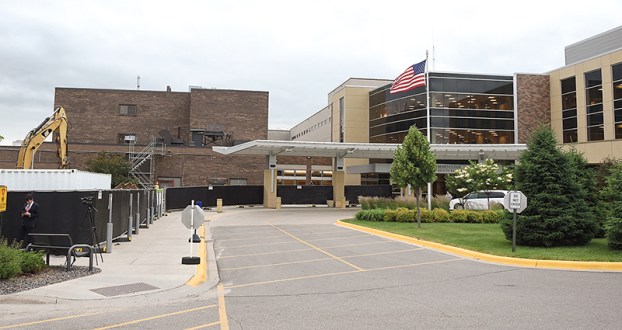 Mayo Clinic Health Systems-Austin is adding a link building making it easier for patients and visitors to reach the medical/surgical unit. Photos by Eric Johnson/photodesk@austindailyherald.com

Under one roof; Inpatient medical and surgical care now consolidated in Austin

The move is the third step in an ongoing process that started in 2017 with the relocation of the intensive care unit to Austin followed by the move of inpatient psychiatric services to Albert Lea in 2018. 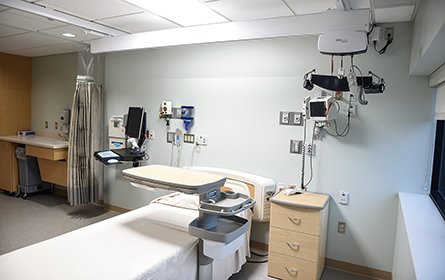 Each room comes with a variety elements including a computer in each room, patient lift and private showers and bathrooms.

“This week, we closed a door and opened another door to the future,” said Mark Ciota, M.D., CEO of Mayo Clinic Health System in Albert Lea and Austin in a press release. “It’s an emotional week, especially for staff that have worked in the Albert Lea unit for many years and cared for our patients.”

On Thursday, Austin opened up the newly remodeled section of the medical/surgical unit featuring 12 newly renovated patient care rooms that are currently available for patient care, along with existing semi-private rooms.

Another wing of the unit has yet to be remodeled along with the addition of what the hospital is calling a link building, which will provided elevators and easier access to the facility. 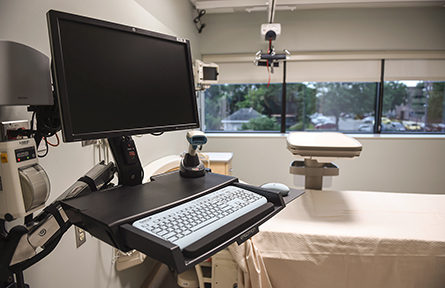 Each room comes with a variety elements including a computer in each room, patient lift and private showers and bathrooms.

Right now, those going to medical/surgical have to walk through the existing complex to elevators that are situated near the cafeteria area.

The entire project, including a wrap up of the birthing unit, is expected to be finished by mid to late 2020.

In that same press release, Ciota cited the benefits of having the unit under one roof.

“By transitioning medical and surgical hospitalizations onto one campus, we’ll be able to care for sicker patients more locally, which will help reduce the need for transfers to Rochester or elsewhere for care,” he said. “We’ll also be able to invest more in the latest technology and equipment because we won’t be staffing and equipping two identical units in neighboring communities.”

The newly remodeled medical and surgical care unit is up and fully operational with consolidated services from Mayo Clinic Health System-Austin and Albert.

Lori Routh, R.N., nurse administrator, described the consolidation, as well as the updated rooms, as just another step in increasing the amount of care patients receive while at Mayo.

“What this provides for us is more state-of-the-art care,” she said. “Far more things that patients need.”

Computers that can update patient forms in real time are included in each room, as well as private showers and bathrooms and blood pressure monitors, all of which are geared to ensuring patient care is convenient for the patient.

Routh said that the advancement of technology, including the ability to telecommunicate with Rochester and other facilities, has helped push the need for renovations like this project. 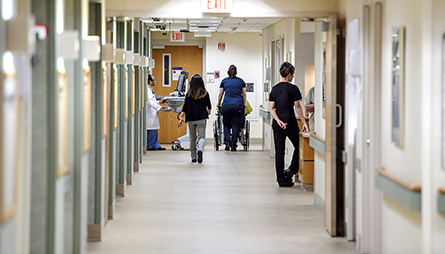 When this wing of the medical/surgical unit is complete it will bring the total number of rooms available to patients to 39 with ability to house 41 patients.

When all renovations are complete, there will be a total of 39 rooms, 37 of which will be private, with the ability to house 41 patients.

Dr. Sumit Bhagra said the consolidation of services in one place will also allow for safer care. He said that at least three providers will be on call at just one site, rather than spread out.

“This allows medical staff to be in Austin, on call in two different locations,” Bhagra said. “It’s a win-win for patients.”

While Bhagra said he understands what the loss of medical/surgical means in Albert Lea, he maintained that through the existence of both sites, medical care is still readily available.

“It’s an open and vibrant mix of services in our area,” Bhagra said. “… as I look at it from a Mayo Clinic Health Services perspective, this takes care of 90 percent of care people might need.”

Residents gather to mark consolidation of services in Albert Lea