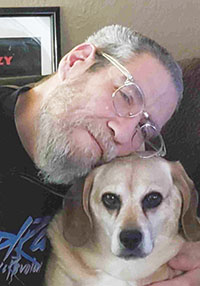 Tony was born Jan. 16, 1967, in Austin to Bryan and Carol (Greenameyer) Green. He grew up in Austin and graduated from Austin High School. He graduated from Wisconsin Indianhead Technical College and worked in IT for several years before becoming disabled and unable to work. On May 23, 1992, he married Shelby Renae Ross in Superior, Wisconsin. Their daughter, Paige Renae Green, was born March 29, 2001. They later divorced. Tony enjoyed video gaming, hunting and spending time with his daughter, who was the joy of his life.

A memorial service will be held at 10:30 a.m. on Monday, June 10, 2019, at St. Olaf Lutheran Church with pastor Todd Buegler officiating. Friends may call one hour before the service on Monday at the church. Interment will be in Oakwood Cemetery. Arrangements are by Mayer Funeral Home. Condolences may be left online at www.mayerfh.com.