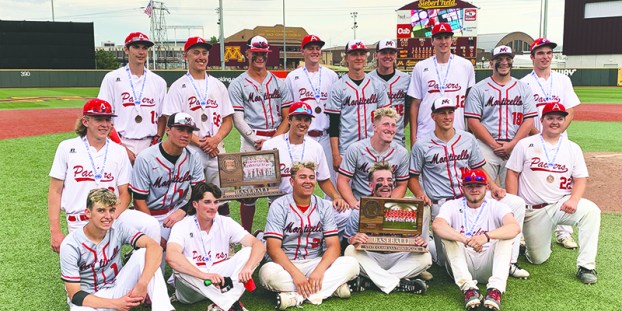 Seniors of the Austin baseball team posed with seniors from Monticello after the two teams squared off in the Minnesota Class AAA State Tournament Third place game last season. Sports is a way to bring people together and something that is missed during the COVID-19 pandemic. Herald file photo

Photographic Memory: Austin and Monticello forged a friendly rivalry long before they faced off at state

It has been said that a picture is worth a thousand words, but you’d have to take a much deeper dive to fully understand the meaning of the photo that the Austin and Monticello baseball seniors took together after the Packers defeated the Magic 5-1 in the Minnesota Class AAA State Baseball Tournament third place game at Siebert Field on the University of Minnesota campus last week.

The photo was much more than just a presentation of good sportsmanship, it was the documentation of the reunion of rivals, who had once pushed each other to greater heights as youth baseball players.

When the core of this year’s Packer baseball team was playing youth baseball they went up against Monticello, which is 137 miles north of Austin, approximately 10 times in a span of three years while playing in tournaments across the state. Both teams were out-state schools playing AAA baseball, which is the highest level for youth, and both squads were well aware of each other.

“Monticello was our measuring stick,” said Tracey Murphy, who coached the current Packers as 12, 13 and 14 year-olds. “They were bigger, faster and stronger than us. We wanted to go after them.”

Mike Frandsen coached the Monticello youth baseball teams over that time period and he recalls the Magic feeling a kinship with Austin when the two teams were stuck playing against teams from bigger cities.

“We had a respect for each other because we were both out-state teams and nobody thought we were that good,” Frandsen said. “We were both really good teams and we found ourselves playing against each other often. I think it was very competitive, but respectful. That is unique, because a lot of the youth coaches and teams on high levels don’t like each other.”

Frandsen ran into Tracey at the state banquet before the tournament began last week and the two instantly began talking about how great it would be if Austin and Monticello met in the state championship game. That didn’t play out, but the Packers were able to play one last game against the Magic in the third place game, where Michael O’Connor pitched Austin to a win. O’Connor has plenty of memories of playing against Monticello as a youth player.

“It seemed like we always played them and it felt pretty good to finally beat them,” O’Connor said. “It was always a dog match when we played Monticello (in All-Stars). Last week, they were good sports during the game and it was fun to play them.”

After the game, the seniors on both squads were happy to get together for a group photo as they shared some laughs and memories. Frandsen was glad that his Magic had one last chance to play Austin, even if it was in the third place game. 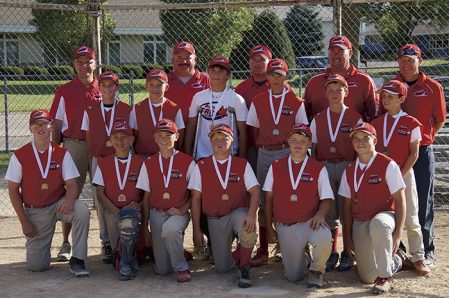 “It would’ve only been better if it were in the championship game,” Frandsen said. “We were always on a track to play each other (as youths), so we kind of jinxed them by losing first. I told Tracey since two private schools made the title game, that in all reality, we were playing for the public school championship. We found some consolation in that.”

Tracey said Austin’s road to success included a major road block when the players were just 12-years old. The All-Stars were set to play Lakeville in the title game in a tournament in Rochester when Tracey’s father-in-law went down with a heart attack in the crowd. As the All-Stars looked on, Tracey had to run into the stands and assist with his father-in-law, and with the help of some Lakeville parents who were in the medical field, they were able to save him.

Austin went on to win that game and that tournament.

Tracey’s father-in-law passed away two years later, but the incident stuck with the All-Stars.

“Those kids shouldn’t of had to see that,” Tracey said. “Nothing could come between these kids after that.”

With a bond formed through tragedy, these Packers proved to special.

Austin U17 boys settle for a tie

After seizing an early lead, the Austin U17 boys soccer team spent much of the second half on its heels... read more