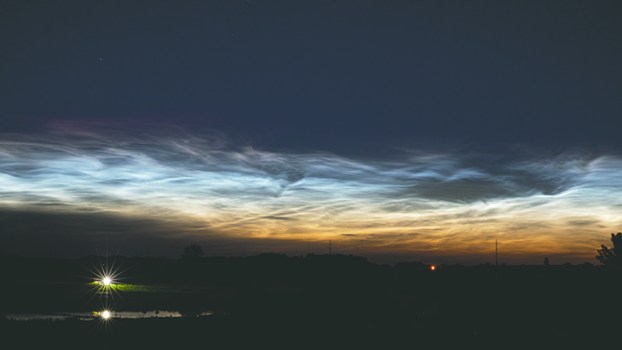 Noctilucent clouds Saturday evening about 10:30 from our balcony at the Village Cooperative. Photo by Mark Lingl

This photo was taken from Village Cooperative.

“I had never heard of this phenomenon before,” said Mark Lingl, who took the photo from the balcony of his residence.

This rare type of cloud forms high up in the part of the atmosphere called the mesosphere.

According to a recent story about this phenomena in The Washington Post, these clouds are thought to be created by meteor smoke, caused by the fine dust left by the meteor after it has entered the atmosphere.

The clouds were sited across several states Saturday night.

The Minnesota Department of Transportation (MnDOT) approached the Mower County Board with updates to its upcoming construction projects during Tuesday... read more