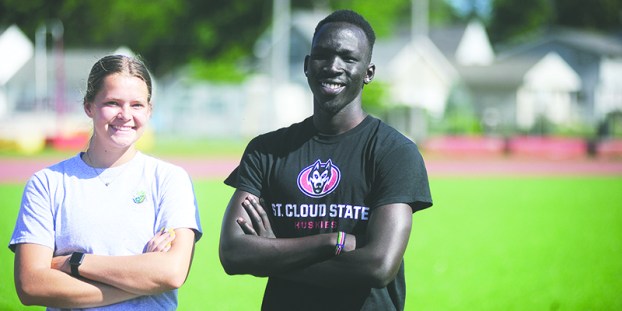 Austin senior Taige Iverson and Dongrin Deng will both be competing in their first ever Minnesota Class AA State Track and Field Meet in St. Paul this weekend. Austin junior Oliver Andersen also will comepte in discus at the state meet. Rocky Hulne/sports@austindailyherald.com

Austin seniors Taige Iverson and Dongrin Deng are no strangers to state competition and now both of them are going to finish their high school athletic careers by competing in a new state meet.

Iverson will run in the 100-meter hurdles preliminaries on Friday and Deng will compete in the long jump finals on Saturday. Austin junior Oliver Anderson also qualified for the discus at state on Saturday. 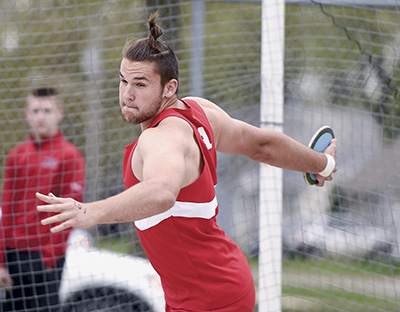 Iverson missed last year’s Section 1AA Meet with an illness, but this spring she enters the state track and field meet as Austin’s new record holder in the 100-meter hurdles.

“It means that all of my hard work has paid off. I’ve been trying for it hard this year,” Iverson said. “The record means a lot to me. That’s a big honor to be the fastest hurdler in the school. It’s kind of a shock because I never thought it would happen.”

Deng, who went out for track and field for the first time this year, had never even attempted a long jump before and he made some big strides throughout the spring to make it to the big meet. He credited Austin assistant coach Jeremy Wilson and teammate Eli Johnson for helping him this season.

“Coach Wilson, Eli and all of the other jumpers showed me how to do all of the routines. It’s been fun, but it’s been a long road and a long process,” Deng said. “Now I get to experience a different event and different atmosphere at the state level. I’ve talked to some of the young basketball players about trying track and I think they’ll do it.”

Track and field: Area athletes have a chance to make noise at state

A total of 10 area athletes will put it all on the line at the Minnesota Class A and Class... read more