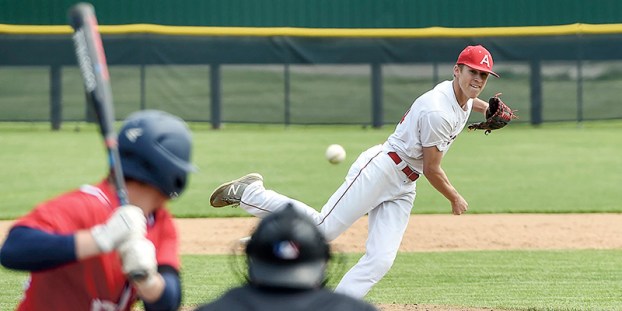 “Not Done Yet:” Packers are on the brink of history

The Austin baseball team moved one step closer to advancing to its first state tournament in nearly three decades when the Packers beat Albert Lea 6-1 in a Section 1AAA semifinal in Marcusen Park Saturday.

Austin led 4-0 after three innings of Saturday’s win and the Packers can get to the Minnesota Class AAA State Tournament with a win on Tuesday at 4 p.m. in Marcusen Park. If Austin loses that game, it will have a second chance to win and get to state.

“We have to bring them down a little bit and have them understand that we’re not done yet,” Austin head coach Joe Kroc said. “This thing’s not done yet and we’re going to have to come out and execute on Tuesday to reach that end goal.” 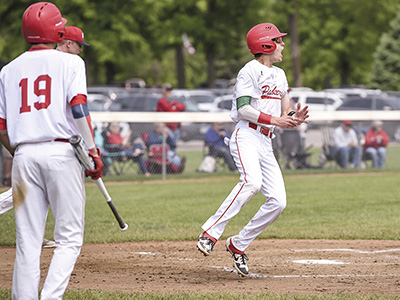 Austin sophomore pitcher Teyghan Hovland had never pitched a varsity game before this spring, but he’s now picked up back-to-back playoff wins. After picking up the victory against Red Wing earlier in the week, Hovland limited the Tigers (9-14 overall) to two hits, one walk and zero runs in six innings to score the win.

“I think starting in that Red Wing game got all of the nerves out of this way and before this game I was talking to Hunter (Guyette) and he said to ‘just throw strikes by them and they aren’t going to hit it,'” Hovland said. “We got a lot of ground balls and we got a lot of outs.”

Hovland allowed just one base runner in the first five innings as the Packers (13-8 overall) built up their lead.
“Teyghan’s played at the Target Center on TV (at state basketball) and he’s used to this. He’s a gamer,” Austin head coach Joe Kroc said. “I can’t say enough about him, he shoved it today. He attacked the zone and he was very efficient. He was really, really impressive.” 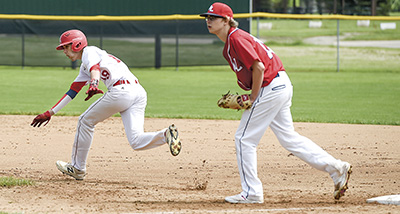 Austin used a two-out rally to take a 2-0 lead in the bottom of the first inning when Riley Wempner slapped a two-run, two-out single to right field. Dawson Mills and Andrew Schumacher drew two out walks in the frame and Tony Ciola had a two-out single.

“Kroc just told me to come up and swing away,” Wempner said. “I got lucky with the first pitch and I drove in a couple of runs. It was good to get a lead early to kind of kill their momentum a little bit and give us some momentum.”

Marcusen Park has been kind to the Packers as they have outscored their opponents 21-4 in their their three postseason games.

“This is probably the most people we’ve ever played in front of here in Marcusen,” Wempner said. “The fact that we can get a trip to state here in Marcusen makes it all the better.”

The last time the Packers went to state was in 1990 when the team took second place.

Photos by Eric Johnson Nobody is going to argue much when it’s asserted this hasn’t been the best spring we’ve... read more