Nelly was born on April 22, 1926, in Juvincourt, France. Nelly evacuated her home in 1940 and lived in Paris until early 1944, earning a degree as a legal secretary in commercial school. Returning to the Champagne region, she worked as secretary of the mayor of Guignicourt, France. There she met her future husband shortly after its liberation in World War II. During the remainder of the war, she worked as an English, French and German translator for the U.S. Government. She married Victor Croes on Dec. 1, 1947, at St. Jean de Baptiste Church in New York City. She worked for the Hormel Company for 40 years in the vault, engineering and transportation departments. 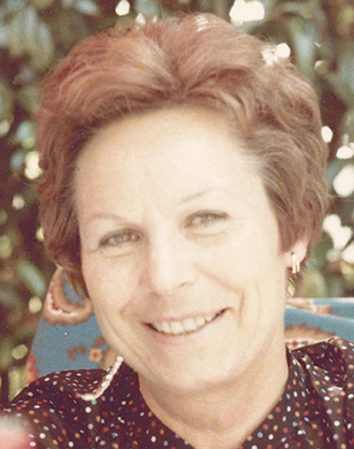 She loved to travel and was an avid reader. She often gave talks in her later years regarding her war experiences and published a booklet, “Nelly’s Journey,” in cooperation with the Mower County Historical Society. She will be sadly missed.

She was preceded in death by her husband, Victor Croes, in 1989; her parents, Eudoxie and Edouard Bettex; and sisters, Paulette Bacart and Christiane Chenevoy.

Nelly is survived by her son and daughter-in-law, John and Roberta Croes of Minnetonka, Minnesota; daughter and son-in-law, Victoria and Kenneth Worsdale of Singapore and Beaver Creek, Colorado; grandsons, Gavin Worsdale of Madison, Wisconsin, and Christopher Worsdale of Boulder, Colorado; and many nieces and nephews in France.

Nelly’s life will be celebrated with a memorial service at 10:30 a.m. on Saturday, June 29, 2019, at Clasen-Jordan Mortuary with Father Jim Steffes officiating. Visitation will be from 10 a.m. until the time of the service on Saturday at the funeral home. Fellowship will continue during a luncheon following the service. A private interment will be in Fort Snelling National Cemetery.