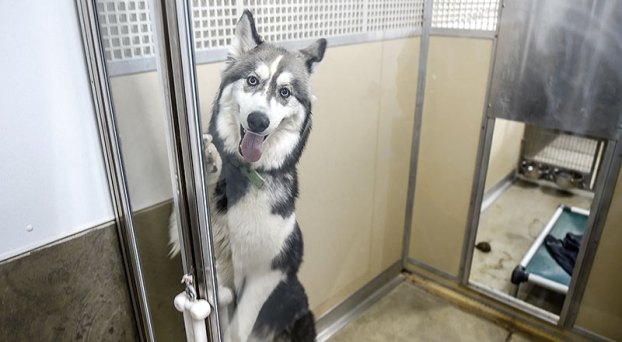 If you’re looking to add an animal to your family, be cautious about online pet adoption.

That’s the word from the Better Business Bureau of Minnesota and North Dakota. It’s seeing a spike in reports of fraudulent pet adoption operations offering expensive dogs that never make it to their adoptive homes.

“They’re making these fake websites, trying to sell really cute animals to people, and people are falling for it because people love animals,” says Bess Ellenson, communications director for the Better Business Bureau.

“It’s mainly dogs that we’re seeing. We’ve seen some cats. We saw even on Facebook a sugar glider scam,” she said, referring to the marsupial equivalent of a flying squirrel with a fondness for sweets.

The organization says an Arkansas girl wired money to a goldendoodle broker claiming to be in Edina, with a fake website at goldendoodlepuppies.us, but never got a dog. The company did not respond to requests from MPR News about its business practices.

The BBB says some sites are doubling up on the scam by charging adopters exorbitant shipping fees, including the price of special dog crates used for airline shipment.

She says it parallels another recent scam that purported to be a car dealership in Fargo, N.D., that promised to ship cars, but stole purchase deposits instead.

“The would-be buyer contacts the seller about the animal, they’re asked to wire money. Once the money is wired, the seller claims they’ve turned things over to the shipper, and the pet is now in the shipper’s hands, and the seller vanishes. No pet is ever seen,” Ellenson said. “All the reports we have, it’s the same exact scenario.”

She said one victim lost $1,800 trying to adopt a French bulldog.

The BBB says potential adopters should contact the American Kennel Club customer service line to check on any pet websites that claim to be associated with the AKC. They also say buyers should never wire money as part of a purchase from a stranger and to be very wary of websites with spelling or grammatical errors.

“I don’t think there’s anything wrong with getting a pet from a website, or somebody advertising on Facebook, you just do your homework to find out if they really exist,” Ellenson said. “It’s best to be able to see the animal in advance.”

She also noted that there are many animals already waiting to be adopted from established shelters and rescue organizations. “Definitely that’s going to be a safer route,” she said.