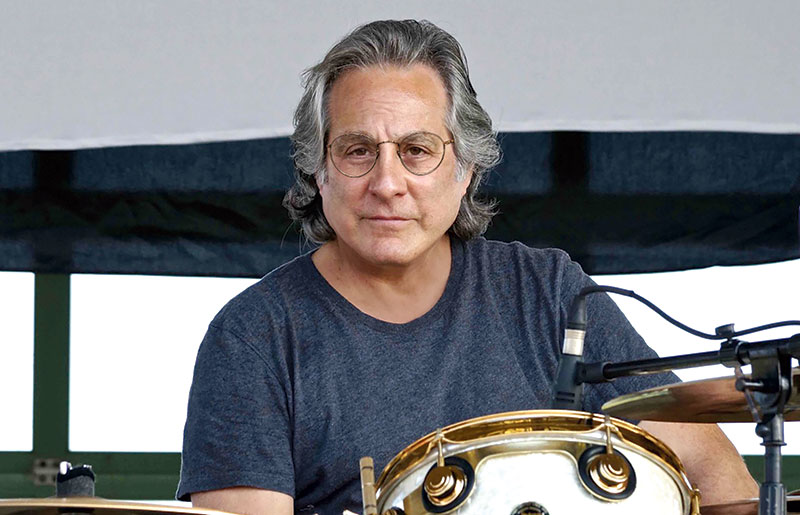 Max Weinberg Jukebox will take the stage of the Paramount Theatre for the fifth annual Schindler Celebration at 7 p.m. on Saturday, Aug. 24. The concert is the centerpiece of the Austin ArtWorks Festival and is sponsored by Mayo Clinic Health System to celebrate the life of family physician Dr. Dick Schindler who practiced medicine for over 40 years and passed away in 2014.

The first celebration concert was held in 2015 with Marty O’Reilly and Old Soul Orchestra with Root City. In 2016, the performers were Sonny Knight and the Lakers and Malamanya. ArtRAGEous came to Austin in 2017 to celebrate Dr. Schindler and last year, Puddles Pity Party nearly sold out the Paramount.

In his 2016 book “Born to Run,” Bruce Springsteen described the performer:

“A bundle of drive, neurosis and wily suburban street smarts, and source of great humor, Max found a place where Bernard Purdie, Buddy Rich and Keith Moon intersected and made it his own. The soul of dedication and commitment, each night in the midst of the continuous hurricane our sets are designed to be, the sheer physical pressure of three hours of nonstop, steamrolling rock music lies upon his shoulders more heavily than anyone else’s.

“Onstage, Max goes beyond listening to what I’m saying, signaling; he ‘hears’ what I’m thinking, feeling. He anticipates my thoughts as they come rolling full bore toward the drum riser. It’s a near telepathy that comes from years of playing and living together. It’s a real-world miracle and it’s why people love musicians. They show us how deeply we can experience one another’s minds and hearts, and how perfectly we can work in congress. With Max at my back, the questions are answered before they’re asked.

“There are twenty thousand people, all about to take a breath; we’re moving in for the kill, the band, all steel on an iron track, and that snare shot, the one I’m just thinking about but haven’t told or signaled anyone outside of this on-fire little corner of my mind about, the one I want right . . . and there it is! Rumble young man, rumble!”

The Max Weinberg Jukebox concept has the audience collaboratively make the set list by calling out titles from a song list of over 300 songs resulting in an interactive, energetic music party.

Tunes range from the Beatles to the Rolling Stones to Bruce Springsteen to Jimi Hendrix.  Tickets will go on sale on Friday, June 28.

Coming soon at the Paramount

Coming soon at the ArtWorks Center

More information is available at austinareaarts.org.