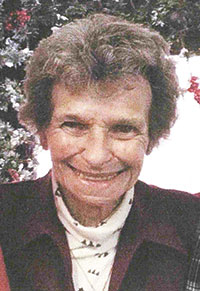 She was born on Dec. 23, 1939, in Austin, Minnesota, one of three siblings belonging to Roy and Bernice Shane of Austin. She attended Queen of Angels grade school and Austin High School. She had nine children. Mary was actively involved with her church, Lighthouse of Hope Church. She worked many service-related jobs as she always had the heart of a servant just like Jesus. Mary loved people and worked most of her senior years as a part-time employee or volunteer in nursing homes, such as Thorn Crest and Good Samaritan in Albert Lea, Minnesota, and most recently Sacred Heart Nursing Home in Austin.

Mary had emphysema and stage IV lung cancer, which took her life quickly.