According to the court complaint, police were dispatched at 8:39 p.m. on Wednesday to the 600 block of 21st Avenue Northwest after a woman commented on the Austin Police Department’s Facebook page about being in a physical altercation with Marquardt. They made contact with the woman sitting in her vehicle in the driveway. Police observed blood on the right side of her mouth and red marks and scratches at the base of her neck. 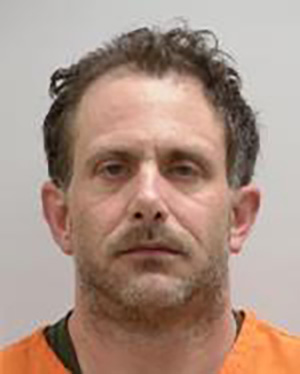 The woman told police she had come home from shopping when Marquardt grabbed her by the throat at the door and said, “I told you to leave.” She said he took the bag she was carrying and hit her in the face with it, then strangled her for approximately 30 seconds before she got free.

She said they argued for two hours, during which time they threw items at each other. He kept telling her to leave and she told him no because she lived there and wanted him to leave her alone. She alleged Marquardt grabbed her by the throat again and broke the screen of her phone when she threatened to call 911.

She told police Marquardt pinned her on the floor and choked her with one hand and covered her mouth with the other, then removed his hand from her neck and held it over her nose. While doing this, Marquardt told her “I’m going to kill you” and “I want to snap your neck,” she said. She was able to get to her feet by grabbing onto a doorframe, at which point she alleged Marquardt punched her in the area of her left ear.

She said Marquardt would not let her go anywhere in the house except out the door. She exited the house, found her second phone in her car and used it to contact the APD’s Facebook page.

Marquardt will appear in court again on July 1.

The Hormel Institute University of Minnesota consistently provides higher education training and contributes to the career development of our scientists... read more