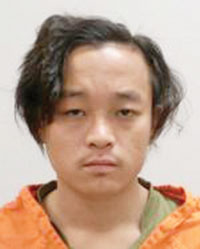 According to the court complaint, an Austin police detective met with a 10-year-old female on Friday. The girl disclosed that Par, who was known to her, had been sexually abusing her.

The victim disclosed that the abuse began when she was nine. She said Par would ask her if it “felt good” and if she “liked it.” She said the abuse hurt her and made her feel very uncomfortable, but he would not stop when she told him he was hurting her.

The victim also said Par told her not to tell anyone about the abuse.

Police arrested Par at his residence and interviewed him at the Mower County Jail. Par denied having any sexual contact with the victim and said he did not know why she would accuse him of doing so. He said he would slap her on the buttocks in a playful manner, but said the victim told him not to touch her.

Par will appear in court again on June 17.

The Minnesota Legislature completed the budget early Saturday, May 25, during a one day special session, and is now adjourned... read more