Lawrence H. “Larry” Kurth, 72, passed away, on Friday, June 14, 2019, at home after courageously battling many serious illnesses the last 30 years of his life.

Larry was born Oct. 19, 1946, in Austin, Minnesota, to Arnold and Mary (Meyer) Kurth. Larry attended parochial school in Austin and graduated from Pacelli High School in 1964. He continued his education at Creighton University in Omaha, Nebraska. Larry enlisted in the U.S. Army during his senior year of college. By doing so, he was allowed to complete his final year of college and earned a Bachelor of Science in arts and science in May 1968. 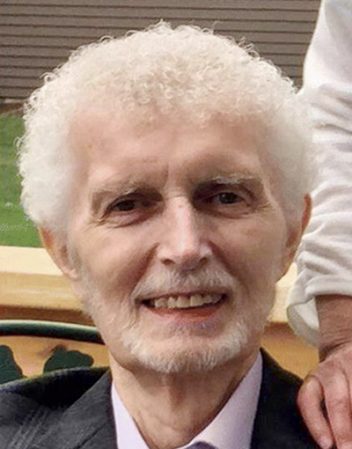 Larry married his high school sweetheart, Lonna Jean (Ingram), on June 29,1968, at St. Edward’s Catholic Church in Austin. In October of that year, Larry began his commitment to the U.S. Army and eventually served 13 months in Vietnam. Larry completed his military service in May 1970. That same year, he and Lonna moved to Omaha, where Larry attended Creighton Pharmacy School while Lonna worked as a registered nurse. Larry graduated in 1974 with a Bachelor of Science in pharmacy. After pharmacy school, Larry worked in various independent pharmacies in Omaha. Larry and Lonna had a goal of owning their own drug store. In 1979, after a thorough search, they settled in Des Moines, Iowa, where Larry purchased Ward East Side Pharmacy. In 1984, Ward East Side Pharmacy moved to a brand-new building one block away. Along with the new building, Larry surprised Lonna with a Doberman puppy they called Eljay. Larry and Lonna successfully ran the business for 34 years.

Larry touched the lives of many of those who worked with him and also those who came into his neighborhood drugstore. They sold the drug store in 2013, retired, and relocated to Rochester, Minnesota, to be closer to family. Larry loved working, the Vikings, Dobermans, his 1984 red Corvette, fishing, Amazon, crossword puzzles, collectables, but mostly he loved Lonna.

Larry was preceded in death by his parents, Arnold and Mary; sister, Patricia Ann; and his loving Dobermans, Eljay, Murphy and Elsa.

The funeral service will be held at 10:30 a.m. Wednesday, June 26, 2019, at St. Elizabeth Ann Seton Catholic Church in Hastings. Visitation will be held one hour prior the funeral on Wednesday at the church. A luncheon will follow the service. Interment at Fort Snelling National Cemetery in Minneapolis, Minnesota, will be held at a later date. Memorials are preferred to donor’s choice.