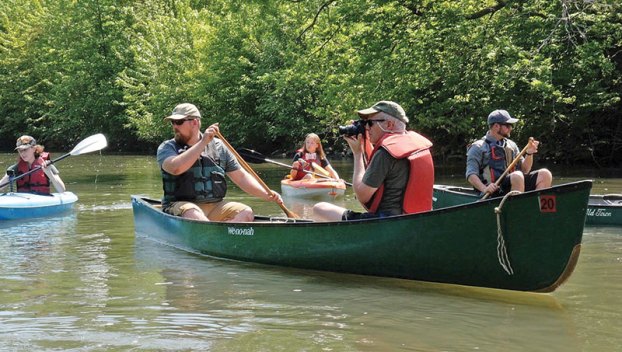 Kevin Hanson, of KSMQ, takes pictures as a group heads down the the Cedar River during filming of an episode of KSMQ’s show “Let’s Go, Minnesota!” Photo provided.

There is more to do in southern Minnesota than maybe some people are aware of, and KSMQ has a new show that will bring it all to you.

KSMQ’s “Let’s Go, Minnesota!” is a show that heads outside for adventure and then brings that adventure to you.

The idea for the show stemmed from the staff’s own enjoyment of the outdoors.

“A lot of us on staff are involved in these kinds of activities,” said KSMQ managing editor Stephanie Passingham. “We thought that we enjoyed them and more people need to know about these opportunities in this area.”

The base of the show involves nothing more than participating in the adventure featured in the episode, which has included biking and mountain climbing. But the show offers much more on top of the base. 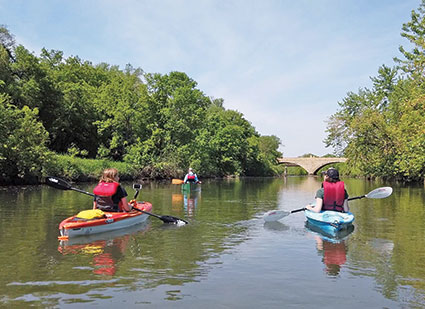 A scenic view of the Cedar River, taken from video during fliming of the KSMQ show “Let’s Go, Minnesota!” Photo provided.

For each episode an artist comes along and, after being inspired, will create a piece of art reflective of whatever that episode was centered around.

The subject matter of the show runs across southern Minnesota, but for one episode in season two, which is currently filming, the show will strike very close to home.

KSMQ staff, along with staff from the Cedar River Watershed District, the Coulter and Denisce Wood family of Austin, and Keren Gudeman with Improv Parenting out of the Twin Cities, all made a trip down the Cedar River to explore the Cedar River State Water Trail.

For Passingham, this episode was especially fun as it was something her own family likes to do and very reflective of the show’s concept in general.

“It’s great to be able to share with viewers something my family really enjoys,” she said. “There are so many great places to go, not too far from home.” 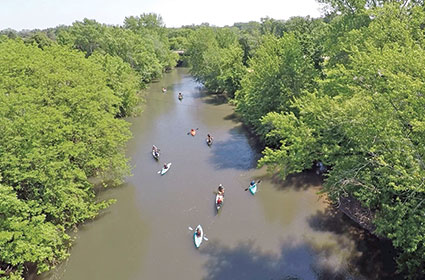 The art aspect is an especially interesting twist in an outdoor show. KSMQ put out a call to artists through the Southeastern Minnesota Arts Council for artists that might be interested in taking part. The artists then get in touch with KSMQ to set something up.

For this trip, Gudeman went down the river with everyone else and then will go back to Minneapolis, where she will begin working with content inspired by the trip through Improv Parenting, which helps kids communicate through improv.

“Art is just another way to communicate a message,” Passingham said.

Each show is 30 minutes long and the second season, which will include the Cedar River trip, will start next summer.

For more on the show, visit www.KSMQ.org and click on the “Let’s Go, Minnesota!” link where you can watch episodes from this current season.

Two individuals were taken to the hospital for non-life threatening injuries after being involved in vehicle accidents on Friday and... read more