The Minnesota Legislature completed the budget early Saturday, May 25, during a one day special session, and is now adjourned until Tuesday, February 11, 2020. As part of work finalized during the special session, the House and Senate passed a consensus tax bill that is a clear win for Minnesotans in our community and across the state. This bipartisan compromise invests in families, seniors, farmers, small businesses, and local governments. The nature of all of the final budget bills passed was that of compromise, not everyone gets everything they want, but they reflect many priorities and contain many provisions talked about since the legislative session began on January 8. The consensus tax bill conforms us to federal tax law while also delivering benefits to Minnesotans from every walk of life. 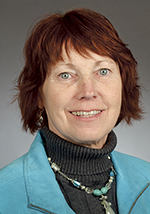 Agriculture saw benefits in many of our budget bills, and the tax bill is no exception. In conforming to federal tax law, Minnesota will now have the expansion of allowances for section 179 starting in this taxable year. This part of the bill is based off of HF 515, legislation I authored. This allows small to mid-sized businesses, including farmers, to deduct expenses up to $1 million for qualifying equipment purchases in the first year the equipment is used.

Also included is another bill I authored, HF 398, updating the agriculture homestead eligibility rules. The changes included in the tax bill ensure that families who structure their farm as a dual entity still qualify for the homestead tax credit.

Another Ag provision included in the bill was an increase for the School Building Bond Agricultural Credit. Currently set at 40 percent, this would apply to all property classified as agricultural. Minnesota’s farmers would end up seeing property taxes on current school district building bonds cut 50 percent, and new bonds would receive a 70 percent property tax cut.

Other highlights of the tax bill include expanding the Working Family Credit, meaning over 380,000 Minnesotans would receive tax cuts through this program. The married standard deduction has also been raised, cutting taxes by $134 million for over 1.9 million taxpayers. The tax bill increases the Social Security subtraction by $450 for married couples filing joint returns, and by $360 for head of household taxpayers.

Local Government Aid will increase to 2002 levels, and the County Program Aid will also increase. One of our biggest achievements within the tax bill is the reimbursement to the City of Austin of $129,000 for fire relief aid. This money is returning to the city as it was forfeited a few years ago due to inaction on the pension bill.

The 2019 tax bill contains many good provisions. Unfortunately one provision not included is the sales tax exemption for the Cedar Valley Conservation Club. We will continue to pursue that exemption in future years.

Thanks to all who provided suggestions and comments during this legislative session. Although session is adjourned until next year, if you are in need of assistance or would like consideration of future legislation, my office is available to assist. 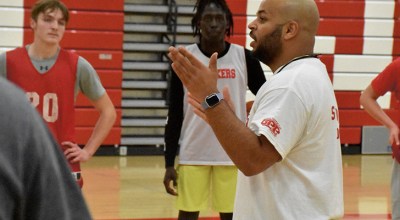