According to the court complaint, Mower County deputies were called at about 12:06 p.m. Wednesday to Lake Louise State Park in LeRoy after a park employee reported a male and female in a 2001 Buick LeSabre with an Iowa plate had not paid the park fee. The employee said she had seen them the previous day and that they had used the shower facility at the park without paying the fee. 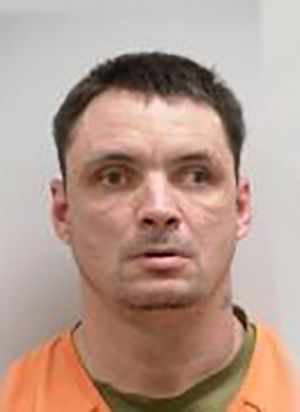 The deputies stopped the Buick, which was registered to Theresa Sue Godden, on Country Road 14 as it was leaving the park. Theresa was driving while Shane was in the passenger seat. A deputy observed that Theresa was “groggy,” but her movements were animated

When asked if he had identification, Shane said he did not. He admitted he had marijuana and a marijuana pipe.

Shane was told to exit the vehicle and a deputy asked if there was anything other than marijuana in the vehicle. Shane denied there was, but a deputy located about 3 grams of methamphetamine, as well as a small amount of marijuana and drug paraphernalia, in the vehicle’s glove compartment. Shane said the drugs belonged to him and he was placed under arrest.

Theresa was also arrested on suspicion of driving while impaired and taken to the Mower County Jail for drug testing.

Shane Godden will appear in court again on June 13.