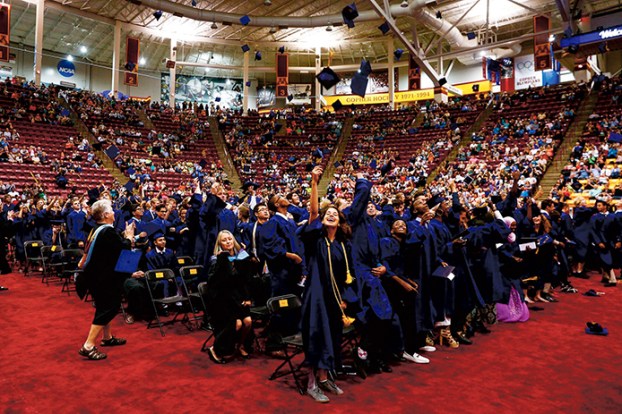 High school grads’ job prospects have improved, but still worse off than the class of 2000

High school graduates receiving their diplomas this month have better job prospects than those who graduated in 2007. But they’re still worse off than high school graduates in 2000. That’s according to a new report from the Washington D.C.-based Economic Policy Institute.

The report finds that high school grads are underemployed and earning lower average wages than the class of 2000. And those who pursue higher education will take on more debt because of the rising cost of a college degree and slow family income growth.

The analysis also found that the gender wage gap for high school graduates has barely moved over the past 19 years. The black to white pay gap has increased over that time period.

Here’s a quick look at some other key findings from the report:

• Generally, students at for-profit colleges take on more debt and are less likely to finish their degree than students at nonprofit private or public colleges.

• The number of recent high school graduates without a job, who also aren’t enrolled in further education, has gone down significantly since the recession — but there are still more of them than there were in 2000.

• Over a quarter of young black high school graduates are underemployed — that includes graduates who are unemployed or are working part-time with the desire to work full-time jobs.