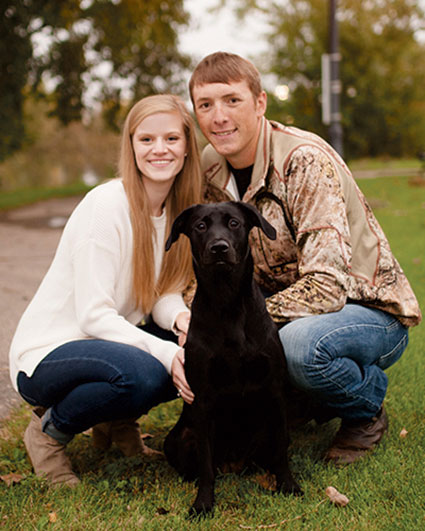 Erin is the daughter of Tom and Sheri Dankert. She graduated from Austin High School in 2014 and Winona State University in 2017, with a degree in cell and molecular biology. She is currently in Medical School at Des Moines University in Des Moines, Iowa.

Braden is the son of Lyal and Carol Eggum. He graduated from Austin High School in 2014 and Minnesota West – Jackson in 2016, with a degree in powerline technology. He is currently a lineman for Highline Construction.

The couple will be married June 22, 2019, at First United Methodist Church in Austin.