She was born Oct. 9, 1928, to Johnny Burdette and Bertha Emelia Sathre in Austin, Minnesota. Austin is a small community that was established by Norwegian settlers long ago and continues to thrive as a farming community, along with the ever world famous original Hormel meat packing plant, where her father worked to support the family of nine children. 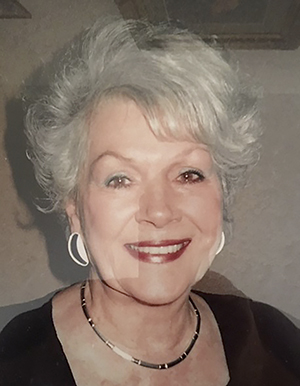 As an early immigrant family, in order to better keep track of each other, Donna’s maiden name “Sathre” was a name that was agreed upon by the previous generations of family members when they emigrated from Norway.  She’s actually from a very long line of prolific Pedersons and Bensons.

Shortly after graduating high school, Donna’s aspirations of becoming an airline stewardess or an actress took her to Los Angeles, California, in hopes of being discovered!

Eventually, Donna found her new home in Albuquerque, New Mexico, where raising her four children was her first priority and was done so with never a moment that lacked for love. Further down the list was the sharing of her masterful cooking skills with her children, most notably how to make lefse.

In 1977, Donna married Thomas Jefferson “TJ” Williams and they remained inseparable. This union brought together a wonderful melding of three more children referred to as the “Brady Bunch” and with the charter members numbered seven kids!

TJ, being a lifelong Elks member who ascended to the position of State President of the New Mexico Elks Association (NMEA) BPOE Lodge 461, often had conventions and such, where together he and Donna loved to travel, dance, and socialize over the years alongside the lifelong friends they had made.

It’s also worth mentioning that Donna had a love for dogs. If it’s true that all dogs go to heaven, it’s sure to have been overrun with Pomeranians by now.

A sincere thank you to all the family, friends and hospice angels who helped Donna on the journey to heaven.

We will see her again.

Services will be held at 10 a.m. on Monday, July 1, 2019, at FRENCH Funerals in Albuquerque. Please visit our online guestbook for Donna at www.FrenchFunerals.com.

By Sara Schafer Mower County Senior Center Why do some people, as they age, “keep their smarts?” That is, they... read more