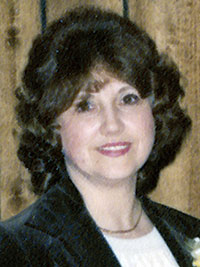 Ardy was born in Austin, Minnesota, to Robert and Lillian (Svejkovsky) Arens. In 1953, she graduated from Austin High School and married David Haskin. Although they moved from Austin un 1963, they spent many years returning “home” for visits with family and friends. She had many fond memories of her times in Austin. Her family was her joy; her care and concern for them was immeasurable. She will be dearly missed and forever in our hearts.

Ardy is survived by her children, Kim (Haskin) Ryan and John Ryan of Bennet, Nebraska, and Scott Haskin and Karen Haskin of Tustin. Her grandchildren are Amy (Ryan) and Josh Wheatley, Kyle and Jennifer Ryan and Cody Haskin. Her great-grandchildren are Grant and Macy Wheatley and William Ryan. Other family members include her sisters and their families, Linda Wagner and family, Kenosha, Wisconsin, and Mary and Terry Hall and family, San Juan Capistrano, brother-in-law, Dale, wife, Nancy Haskin, and family, and nieces and nephews.