Ansel was an instructor in Wood Technics at Western Technical College for 30 years. His classes made several award-winning floats for the Oktoberfest parades. He was a master woodworker. In addition to teaching, he had his own shop – Heram Custom Woodworking. There he made furniture, grandfather clocks, church furnishings and kitchen cabinets, to name a few. He also made many Christmas gifts for his friends and family. 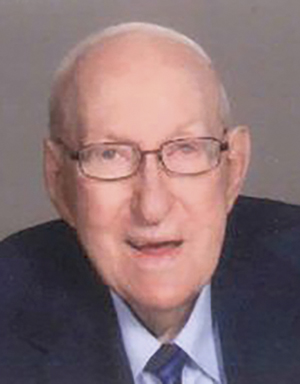 Ansel was a founding member of the Coulee Region Woodturners Club. He enjoyed woodturning and made many unique and amazing projects. He was also very active in his church, First Evangelical Lutheran Church in La Crosse.

Ansel was thankful for the care given to him by his family, many caregivers from Home Instead Senior Care, and Gundersen Hospice. Ansel was grateful to the Lord for richly blessing his life and family. He will be greatly missed.

Funeral services will be held at 11 a.m. on Saturday, June 29, 2019, at First Evangelical Lutheran Church in La Crosse with Pastor Roger Sachs officiating. Burial will follow in Oak Grove Cemetery. Friends may call from 9:30 a.m. until the time of service on Saturday at the church. In lieu of flowers, memorials may be directed to Luther High School or First Evangelical Lutheran Church. Schumacher-Kish Funeral and Cremation Services of La Crosse is assisting the family. An online guest book is available at www.schumacher-kish.com.