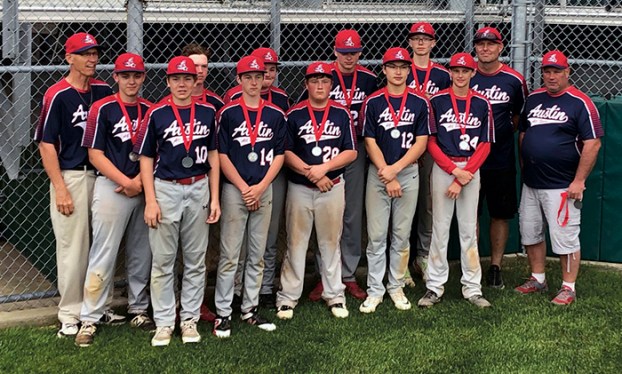 The Austin Eagles 14U team took third in the Owatonnna Tournament this past weekend.

The Austin Eagles 14U team took third in the Owatonna Tournament this past weekend.

Austin went 3-1 overall, beating Eagan 3-0 in the opener as Mac Nelson and Brayden Bishop each threw three innings to combine for a no-hitter.

Austin beat Eden Prairie 11-1 as Jarede Lillemon picked up the win, Austin lost to Rochester 4-3 in eight innings and it won its last game 9-8 to take third place.

Earlier this summer, Austin won the Rochester Classic and it took second in the Austin Eagles tournament in Riverland.

Austin is now 13-5-1 overall on the season and it will travel to to Omaha for a tournament this weekend.