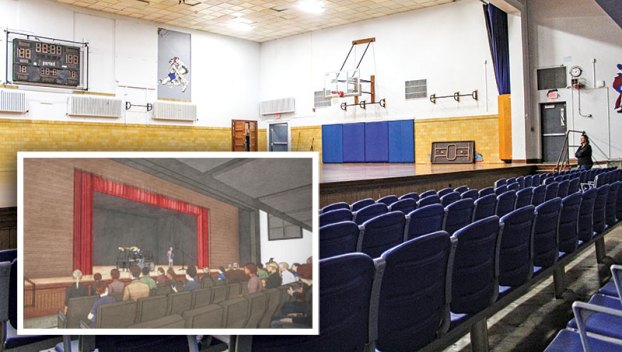 The current auditorium at Southland Middle/High School will be undergoing a facelift thanks to a generous monetary gift from United Farmers State Bank in Adams of $100,000 with an additional $150,000. The Southland School District is hosting a fundraiser to help meet the $630,000 campaign goal.

Southland School hopes to “complete the vision” with fundraising campaign

A  special gift to Southland School will have the district seeing some help in achieving their vision.

In November 2018, Southland taxpayers passed a bond referendum that would update and renovate the Adams facility. While the referendum passed, there were items that were left out of the original referendum that the school district had on its wish list after public surveys and meetings determined the tax tolerance of the communities within the district. As a result, some items needed to be crossed off.

Seeing this, United Farmers State Bank decided to step in with donating additional funds to finalize some of the items that the Southland School Board would have liked to address through the referendum. 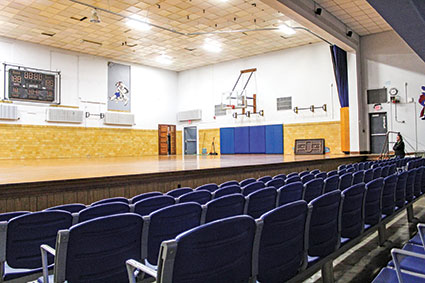 Southland received the donation in January, according to Superintendent Jeff Sampson, and a kickoff was held this month. That donation was $100,000, with an additional $150,000 gift. The campaign goal to help with finishing the auditorium project would be $630,000, with the goal of hopefully finishing the auditorium by the end of the same timeframe of the district’s regular bond project in August 2020. With this gift, United Farmers State Bank also plans to match each donation of up to $150,000 for the project.

“This would provide nice renovations to the auditorium,” Sampson said. “Right now, the district has the initial $100,000 grant, plus some additional dollars that have been donated. We will be accepting donations through Dec. 1 of this year when design work will take place for the renovation of that area. I feel really great about the bank’s donation. What wonderful support for the district.”

Construction starting this year was for the bond project that passed in Fall 2018. The auditorium project will be considered more cost-effective, according to Sampson, because contractors were already engaged and on-site. Lower costs, along with the monetary gift from United Farmers State Bank, prompted the “Complete the Vision” efforts, with construction beginning and ending in-line with the rest of the bond projects.

“I think it will complete our vision of what we had in mind for our larger renovation,” Sampson said. “It will provide a wonderful space for students, staff and the community to enjoy.” 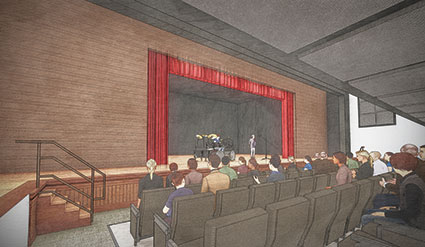 A draft rendering of what the Southland Middle/High School auditorium could look like once renovations are completed. Photo provided

From donations, the remodeling of the space could include acoustic panels, stage curtain and tracks, a refinished stage floor with efficient lighting, a projection system, sound system and comfortable seating. Those who donate at various monetary levels will have the chance to see their names honored on a donor wall inside the finished auditorium.

“Southland School is the foundation to educating our youth in core curriculum and also serves as the center of our rural community,” said Timothy Schneider, president of United Farmers State Bank in Adams. “United Farmers State Bank realizes community collaborative partnerships with our school are imperative in creating a culture where core education and social activities survive and thrive.” 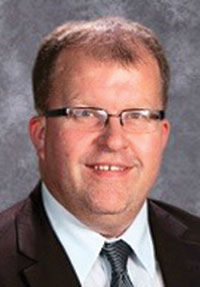 Those interested in donating to the project can drop money off in the district office or mail it in. Sampson stated that donors who want a receipt should state that in their donation so one can be sent to them.

Those who donate a certain amount of money to the auditorium could see their name on a donor wall inside the renovated auditorium once the project is completed.

Schneider shared that the bank has worked with the Southland School Board to come up with a designation for the donated gift and matching grant funds. Getting involved with the project’s funding also allows the auditorium to be used by the Southland community in the future.

In the end, everything will be a team effort in completing a vision that at first seemed out of reach.

“The auditorium is a great benefactor from the funds and the space can be utilized by our whole community,” Schneider said. “It will showcase Southland’s band, choir and drama programs. In addition, it will be a space for educational teaching purposes and public meetings. Our hope is others share in this dream by contributing to the ‘Complete the Vision’ project, which will modernize the auditorium into an efficient, comfortable place of pride for all.”