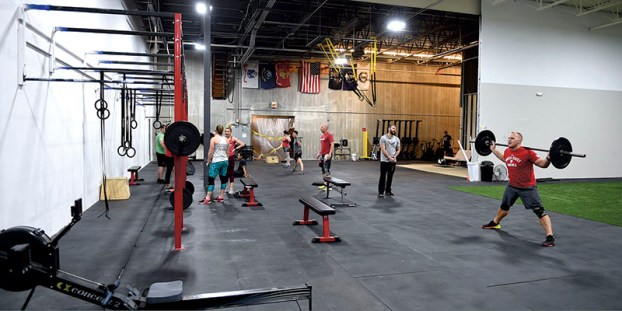 In June, Total Fitness will be celebrating five years in business and they will be doing it in grand fashion.

Last month, Total Fitness moved from its location along 18th Avenue NW to its new location next to Aldi’s, featuring a lot more space and a lot more future plans for partnership.

The old facility was around 6,000 square feet, but with a growing membership, owner Jenn Jenkins began looking around for something bigger. 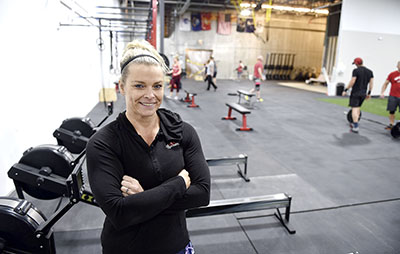 “We needed to get a bigger location,” Jenkins said. “There were times we started to get crowded. We wanted to make more space before it got to be a limiting factor for more membership.”

Jenkins went through a process of looking for a new location, including building a new building and finding an existing space that would fit their purposes. What wasn’t an option was to expand at the current location because of the nature of the building they were in.

As luck would have it, after a year of looking, her best option wasn’t too far away.

Aldi’s is currently in the process of adding $6,000 square feet to their building and Rooms and Rest has recently moved over a space to where Staples used to be.

The now open space proved to be the perfect answer for Jenkins.

“It was the perfect time for us,” Jenkins said. “It gave us the opportunity to service more people and bring in more equipment.”

The move to its new location has allowed owner Jen Jenkins to house more equipment to serve her customers. Eric Johnson/photodesk@austindailyherald.com

The new location brings 20,000 square feet to bear for Jenkins and her members.

The Jenkins is also renting out space to the Yoga Studio, which will move from its Main Street location along with the massage therapy business located at the same spot.

Jenkins also has plans to bring a physical therapist as well as a chiropractic office in sometime down the line.

“This has always kind of been a dream and yeah, it’s bigger than I thought,” Jenkins said. “This is my dream gym and now I can share it with others.”