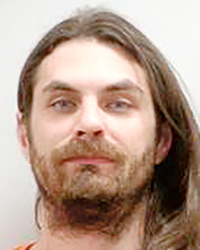 Matthew William Garrison, 30, of Austin was charged with seven counts of felony possession of child pornography by a predatory offender on Tuesday in Mower County District Court.

According to the court complaint, Garrison, a registered predatory offender, was arrested for violating his probation on Nov. 8, 2018, at a residence in the 200 block of Fifth Street Southwest.

A violation report submitted by an agent of DFO Community Corrections indicated that Garrison had been in possession of child pornography in Austin.

The agent had confronted Garrison about tampering with internet monitoring software on his computer and seized Garrison’s computer after Garrison admitted to viewing child pornography.

HSIU provided the detective a DVD that contained approximately 70 images and two videos of child pornography from Garrison’s computer. An arrest warrant was then issued for Garrison, who was scheduled to be released from a treatment facility within a few days of the detective receiving the DVD.

A review of Garrison’s criminal history shows an adjudication of delinquency for second-degree criminal sexual conduct and a conviction for possession of child pornography by a predatory offender.

Garrison will appear in court again on June 3.

In an effort to win back support in the area, the Minnesota Democratic-Farmer-Labor Party will be holding a forum at... read more