When the little things go wrong, it’s not long before the big things can crumble as well.

The Packer baseball team had a late miscue catch up to them as they saw a three-run lead disappear in the seventh inning of a 5-4 loss to Northfield at Seltz Field Thursday.

With a 4-1 lead in the bottom of the seventh, the Packers (6-4 overall) let a pop fly drop to start the frame and. The Raiders (2-8 overall) took advantage as Michael Ims, Nick Wagner and Joey Glampe all doubled to tie the game at 4-4 and the Raiders took the lead for good when Michael Stanchina reached on an Austin throwing error with two outs. 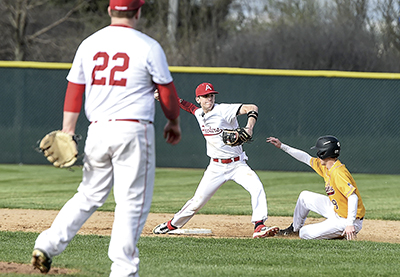 “We’ve got to have somebody step up and be a leader and take charge there (on that pop fly),” Austin head coach Joe Kroc said. “That’s something that we just worked on in practice. When things start going bad, someone’s got to man up and calm the storm.”

Austin has led by at least two runs in all of its losses this season. It’s a trend the team is hoping to put to an end.

“The pro is you’re doing something right, but the con is you’ve got to shut the door,” Kroc said. “Give Northfield credit today, but we gave away an out and it ended up costing us the game.”

Michael O’Connor struck out eight in five and two-thirds innings for Austin and Teyghan Hovland took the loss in relief, as he allowed just one earned run in one and one-thirds of an inning.

“I was happy with how we played today. We put up 10 hits and we had a lot of loud outs,” Kroc said. “I thought our two strike approach was phenomenal. Having a 4-1 lead in the seventh inning, we’ll take that any day.” 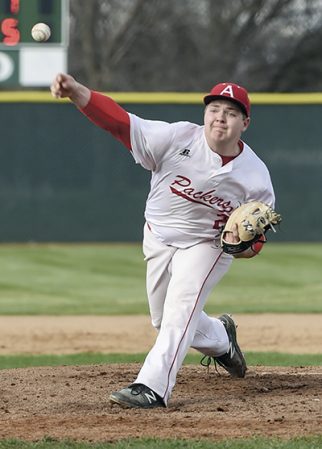 The Southland baseball team was held to just two hits as it lost to Caledonia (10-1 overall) 8-0 in Adams... read more