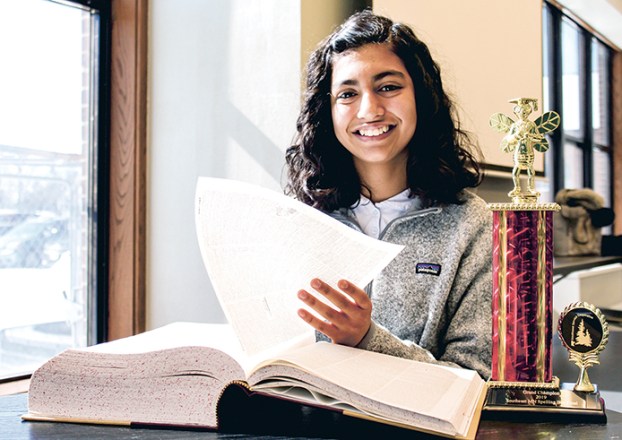 Among the hundreds of spellers competing in the 92nd annual Scripps National Spelling Bee, speller no. 268 is none other than Pacelli Catholic School eighth grader Neha Thawani Nanda.

Nanda, who was named the regional spelling bee champion in southeast Minnesota earlier this year, is competing in Washington, D.C. to be crowned the best speller in the United States.

On Tuesday, Nanda spelled her word “conticent” correctly and will continue competing in the preliminaries today, according to Jean McDermott, principal of Pacelli Catholic Schools. The day before, Nanda completed a written preliminaries test.

The top scorers on the preliminaries test who spell correctly in rounds two and three will be invited to the stage for the announcement of finalists, according to the National Scripps Spelling Bee website. No more than 50 spellers will advance to the finals, which starts on Thursday.

Jane Taylor Academy of Dance wrapping up a busy season

The Jane Taylor Academy of Dance will hold their 55th annual recital at 7 p.m. on Saturday, June 1, at... read more